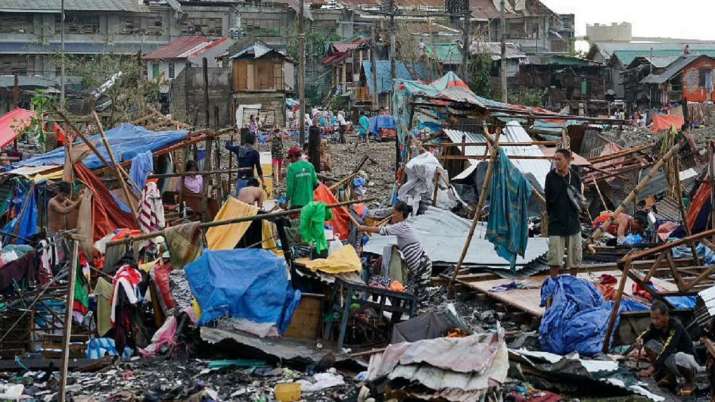 The death toll from the landslides and flooding spawned by tropical storm Megi has risen to 167, with 110 still missing, the government said on Saturday, News.Az reports citing Xinhua.

Megi dumped rains in the central and southern Philippine regions before and after it hit land on April 10, inundating many areas and setting off landslides in several villages in Baybay City and Abuyog town in Leyte province.

On Friday, Philippine President Rodrigo Duterte visited the devastated province and handed relief goods to the survivors. He conducted an aerial inspection of the villages buried by mudslides.

The central Philippines is in the typhoon alley and usually the gateway of typhoons to the country. Landslides and flash floods are common across the Philippines during the rainy season, especially when typhoons hit.

The Philippines is one of the most disaster-prone countries in the world, mainly due to its location in the Pacific Ring of Fire and Pacific typhoon belt. On average, this archipelagic country experiences 20 typhoons every year, some of which are intense and destructive. Megi is the first storm to batter the Southeast Asian country this year.