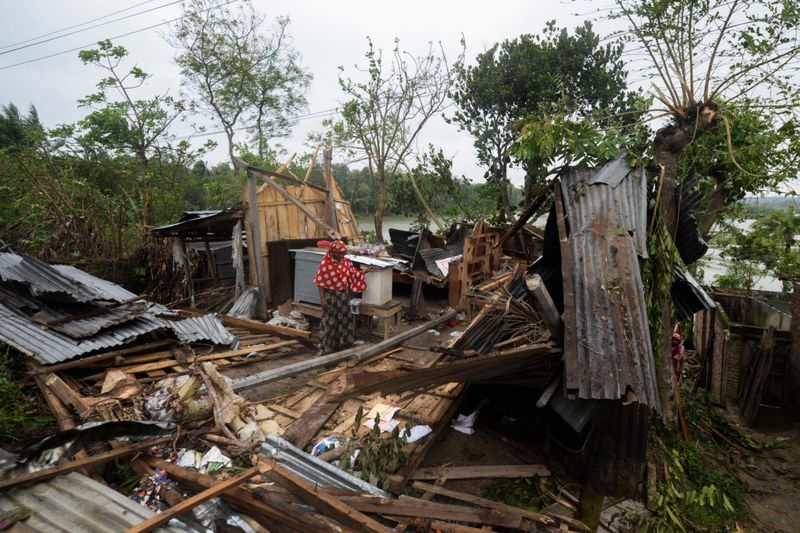 Cyclone Amphan made landfall in eastern India, near the Bangladeshi border, on Wednesday, May 20.

Amphan, which was the most powerful cyclone ever recorded in the Bay of Bengal before it weakened, ripped apart homes, tore down trees, washed away bridges, left large predominately rural areas without power or communications and claimed the lives of more than a dozen people.

Submerged vehicles in a flooded alleyway after the landfall of cyclone Amphan in Kolkata.Image Credit: AFP

Fire Services team clearing road blockage after a tree uprooted due to heavy winds and rain ahead of cyclone 'Amphan'. Image Credit: ANI

A man checks cars in a garage damaged by cyclone Amphan in Satkhira. Image Credit: AFP

A man crosses a flooded street after Cyclone Amphan made its landfall, in Kolkata, IndiaImage.  Credit: REUTERS

A man walks over a collapsed wall after Cyclone Amphan made its landfall, in Kolkata, India. Image Credit: Reuters