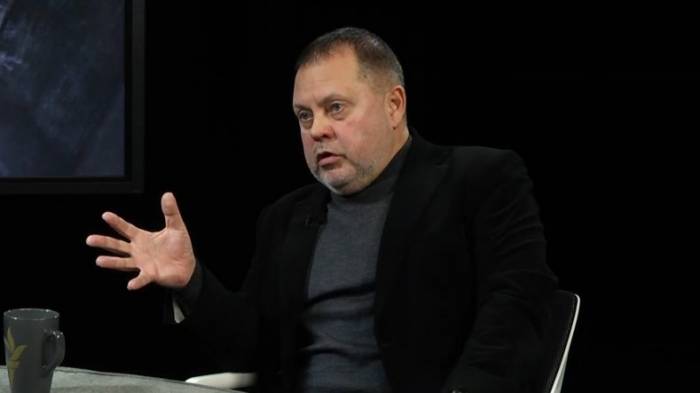 “It is in many ways, in principle, similar to it, but only with a smaller calibre. If Pashinyan eventually runs away from Yerevan in a woman's dress, then the image will practically coincide,” Trofimchuk said.

He noted that the ongoing developments within Armenia’s political “elites” are taking place in parallel with the developments at the front.

“Politicians, deputies are afraid to answer a simple question for themselves: Will Armenia, headed by Pashinyan, win or lose the war? There is a saying: horses do no change in midstream.  But it does not correspond to reality, since it is necessary to change political "horses" quite often. As for the Armenian opposition, just before September 27, it began its internal consolidation in order to put forward serious claims to Pashinyan. But the opposition doesn’t have time,” the political scientist said.

Trofimchuk continued: “It was Pashinyan who at one time launched a PR campaign against ex-president Serzh Sargsyan and all local "corrupt officials", showing the whole world the cadres of how they stole stew, uniforms, buttons, firewood and everything else from Armenian soldiers. However, there is no answer to the main question - why is it that today, after more than two years of Pashinyan's rule, the army still has nothing?”

Trofimchuk pointed out that today there is a huge gap of opinions between Pashinyan’s supporters and opponents.

“This gap of opinions automatically tears Armenia apart. Therefore, Armenian patriots should blame, first of all, themselves, who have not found a consensus on Pashinyan, and not Russian experts who only observe what is happening and draw conclusions,” he said.

The political scientist added that Pashinyan does not agree to Baku's conditions for the reason that he led Armenia to confrontation from the very beginning.