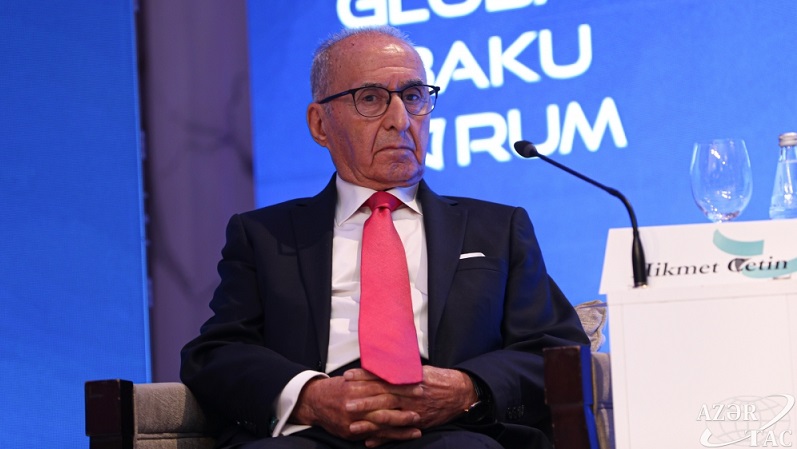 The signing of a peace treaty between Azerbaijan and Armenia will ensure development and prosperity in the region, the former Turkish foreign minister, Hikmet Cetin, said on Friday.

He made the statement as he delivered a speech at a panel session on “South Caucasus, Reconciliation, Cooperation and Integration,” which was held as part of the 9th Global Baku Forum, News.Az reports.

The former top diplomat said Turkiye is closely involved in the process of the normalization of relations between Azerbaijan and Armenia.

Cetin stressed that Azerbaijan’s liberation of its occupied territories opened up vast opportunities for cooperation in the region.