Presentation of ‘Asiada-2017’ held in Baku 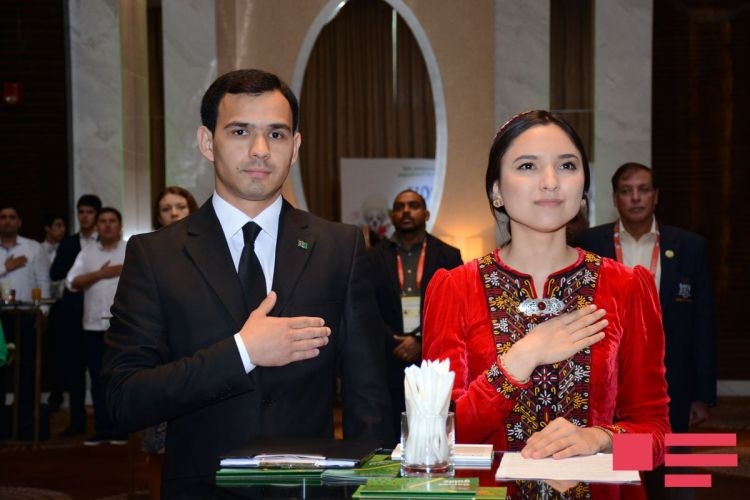 The presentation of “Asiada-2017”, which will take place in Ashgabat this year, was held in Baku on Monday.

The presentation was attended by representative of diplomatic corps as well as by Olympic committee officials of some countries who are in Baku in connection with the Islamic Games, APA reported.

Chargé d'Affaires of Turkmenistan in Azerbaijan, Batyr Rajabov, noted that the Asian Games are being paid much attention to by the country's President Gurbanguly Berdimuhamedow. The diplomat noted that athletes from Asia, Oceania, Australia and Polynesia will participate in the games. According to him, this will be the first such grandiose competition to be held in Central Asia.

"The decision to hold the Asian Games in Ashgabat was reached thanks to the efforts of the President of Turkmenistan,” he said.

A Turkmen official said 115 schools and 44 sports venues have been built in Turkmenistan in recent years, noting that he believes Asiada-2017 will pave the way for more international sports events to be held in Turkmenistan.