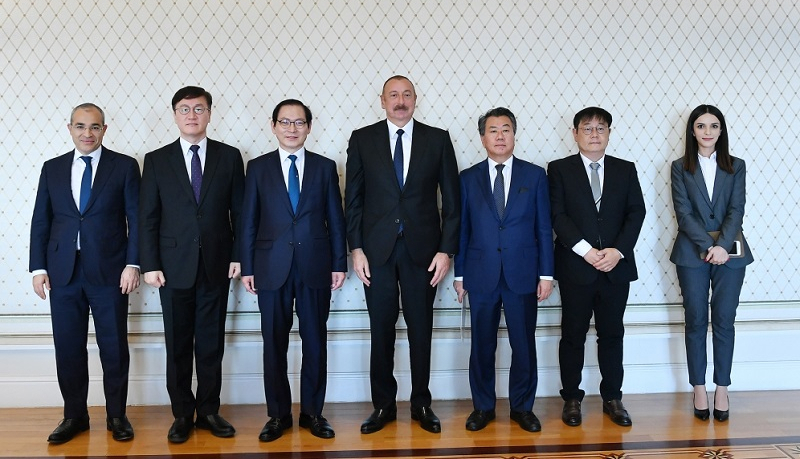 A presentation on the work to be done in the liberated lands of Azerbaijan will be held in the Republic of Korea in the coming days, said Azerbaijani President Ilham Aliyev as he received Chairman of Korea’s Presidential Committee on Northern Economic Cooperation Chong Soo Park.

The head of state noted that the presentation aims to involve Korean companies in the liberated Azerbaijani lands.

The Azerbaijani leader recalled that Armenia consistently destroyed the Azerbaijani cities and villages during the occupation, and that large-scale construction work had been launched in those territories after the victory. He added that companies from friendly countries to Azerbaijan were invited to this work.

President Aliyev stressed that a presentation of these activities in Korea once again confirms the friendly relations between the two countries.