President: After Heydar Aliyev resigned from all posts, Armenian separatism flared up in Nagorno-Karabakh 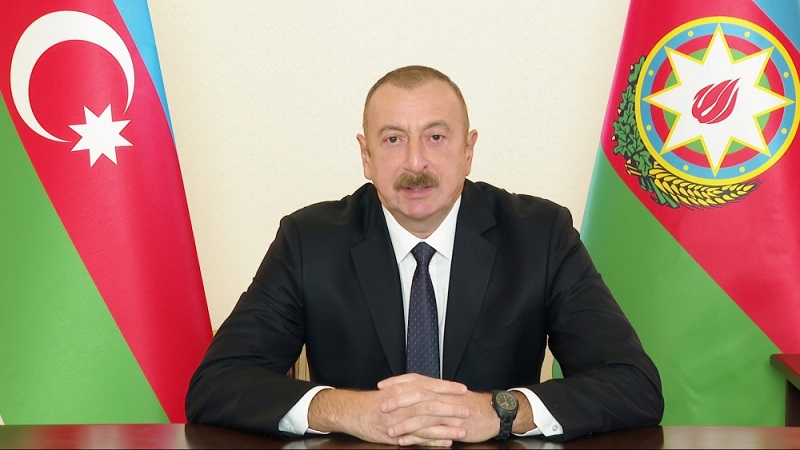 "In Soviet times, a few years before the conflict, separatist tendencies were widespread. However, there was no reason for that. Of the nine members of the bureau, the governing body of the Nagorno-Karabakh Autonomous Region, eight were Armenians and one was Azerbaijani. Armenians held all key positions in Nagorno-Karabakh. What did they want? Azerbaijan invested so much in that region, built a railway there in the 1970s, the Sarsang water reservoir, the Madagiz water reservoir – I have restored its name–the Sugovushan water reservoir were built. All these investments were made at the expense of the state budget of Azerbaijan," President Ilham Aliyev said in his address to the nation on 26 October.

Expanding on this issue, the President said that the Armenians were ungrateful, took advantage of the situation and of the presence of anti-Azerbaijani leadership in Moscow. Separatist tendencies emerged in the region.

The President added that the Armenians had been making preparations for that earlier. “Heydar Aliyev was the target of these preparations. They understood perfectly well that the presence of Heydar Aliyev, his great authority in the Soviet leadership ruined their plans. Therefore, unfortunately, national traitors from Armenia and other places, from Azerbaijan were sending numerous anonymous letters to Moscow and carrying out a smear campaign in order to eliminate the Heydar Aliyev factor. Less than two weeks after Heydar Aliyev had resigned from all posts, Armenian separatists rose up and demanded that Nagorno-Karabakh be separated from Azerbaijan and annexed to Armenia.”

The President noted that this was when the troubles of Azerbaijani people began. "An illegal special committee was set up in Nagorno-Karabakh and an ardent pro-Armenian man was appointed its head. This, in fact, laid the groundwork for the secession of Nagorno-Karabakh from Azerbaijan. Unfortunately, the then leaders of Azerbaijan simply observed all these dangerous events. They could not raise their voice, they did not have the courage, just kept their head down and did what they were told to do from Moscow. At that time, the people leading Azerbaijan did not have a gram of Azerbaijani blood. Although they were considered Azerbaijanis, they did not have a single gram of national spirit and were cosmopolitan people. They could not even speak the Azerbaijani language properly. This is the history of Nagorno-Karabakh. After that large-scale military operations were launched against Azerbaijan and our lands were occupied,” President Ilham Aliyev added.