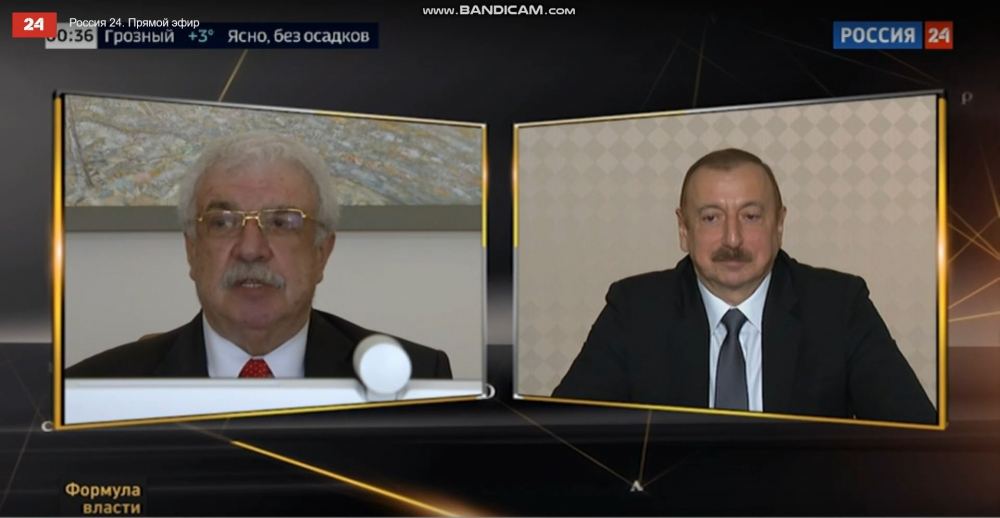 All transport and communication projects in Azerbaijan have been practically completed, President of Azerbaijan Ilham Aliyev said during the Formula of Power program on the Russia 24 TV channel, News.Az reports.

On 30 January, “Rossiya 24” TV channel broadcast a “Formula of Power” program by Mikhail Gusman, First Deputy Director General of TASS news agency, dedicated to the 30th anniversary of the restoration of Azerbaijan's state independence and the 60th birthday of President of Azerbaijan Ilham Aliyev.

"The establishment of the transport and logistical infrastructure has been completed. Today, we are working with our partners and neighbors to increase transportation and expand Azerbaijan's transit capacity," the head of state said.