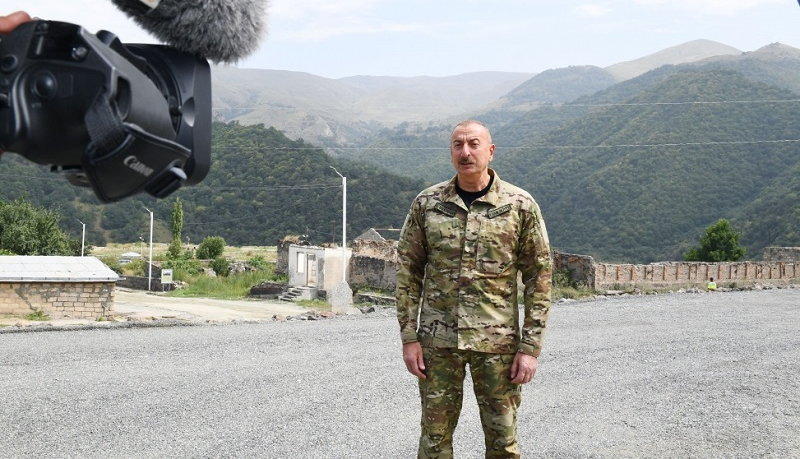 “Of course, when liberating our lands, we took steps to make sure that all our lands would be freed. It is no longer a secret that the proposals that were on the table during the negotiations did not meet our interests. I stated openly why I did not agree to the proposed option. What had been discussed for the past 10 years – five districts were to be returned to Azerbaijan, while Kalbajar and Lachin districts would have been returned to Azerbaijan after a referendum in the former Nagorno-Karabakh. Of course, we could not agree to that because there could be no talk of a referendum there,” said President of Azerbaijan Ilham Aliyev as he made a speech during his visit to Kalbajar.

“My policy was that, and I openly stated this, all our lands must be liberated from the occupiers, our territorial integrity must be fully restored because we do not need an incomplete solution. This is why the Azerbaijani side did not agree to the proposals. But then it became clear that Armenia did not agree to that because Armenia’s goal was to keep these lands, all the occupied lands under occupation forever. The new information coming out now and the current situation in the liberated lands confirm that. Those who want to hand over the lands would not build 6-line defensive fortifications,” the head of state said.