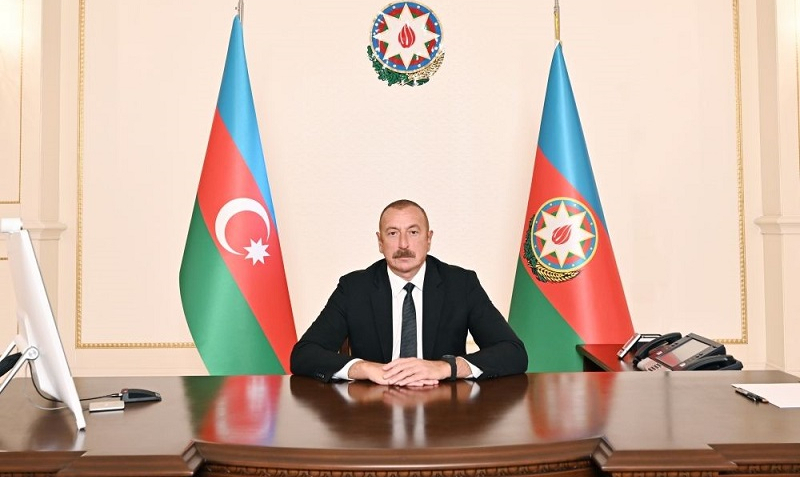 Azerbaijan is an active member of the OIC family and closely cooperates with Member States both bilaterally and within international organizations, President Ilham Aliyev said as he addressed the Second Summit on Science and Technology of the Organization of Islamic Cooperation (OIC) in a video format.

“Over the past few years, about 10 meetings of the ministers of foreign affairs, culture, tourism, education, labour and other ministers of the OIC member countries have been held in Azerbaijan,” the head of state said.

President Aliyev stressed that Azerbaijan has always made efforts to strengthen solidarity among Islamic countries, one reflection of which was hosting the 4th Islamic Solidarity Games in 2017 with the participation of 54 states.

“We have also launched a scholarship program for citizens of the OIC Member States to study in our country,” he said.

“We highly appreciate the consistent support of the OIC for the just position of Azerbaijan with regard to Armenia’s military aggression. Since the Casablanca Summit of the OIC in 1994, over 80 resolutions have been adopted condemning the aggression of Armenia against Azerbaijan, and supporting our sovereignty and territorial integrity. The establishment of the OIC Contact Group on the aggression of the Republic of Armenia against the Republic of Azerbaijan in 2016 needs to be particularly mentioned to this end,” the head of state added.

For its part, Azerbaijan has always supported the OIC Member States, and strived for ensuring stronger solidarity and cooperation among Islamic countries, President Aliyev noted.