President Aliyev: Azerbaijan is a country that creates realities 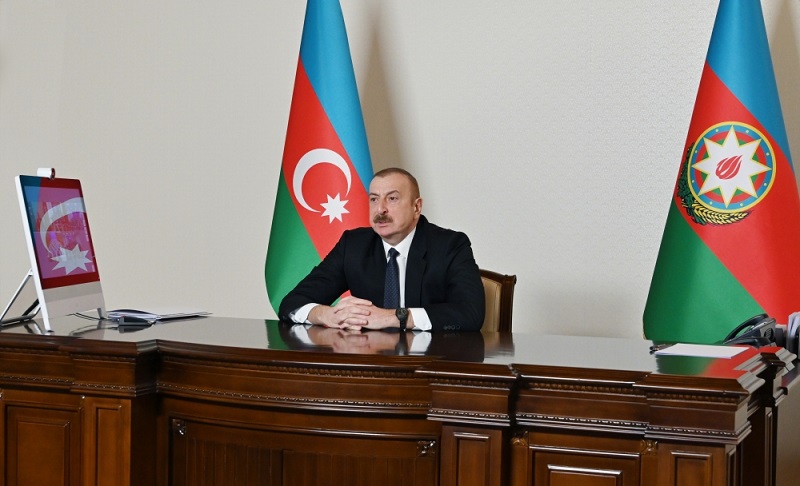 Azerbaijan is a country that creates realities, said President Ilham Aliyev as he addressed the 7th Congress of the New Azerbaijan Party (YAP) in a video format.

“A new situation has arisen. We have created it. We are a country that creates realities,” he said.

The head of state stressed that many projects implemented on Azerbaijan’s initiative in the past brought innovation to the region and led to new formats of cooperation.

“Our successful energy and transport policy not only led to the emergence of energy and transport corridors, but also created new formats of cooperation in the region and, in a broad sense, in Eurasia as a whole. Today, the number of countries that have united around these projects and are implementing them with us is growing. This determines the inevitability of cooperation among these countries, even countries that did not previously have particularly warm relations with each other,” the president added.

President Aliyev pointed out that the results of the second Karabakh war created new realities for the region.