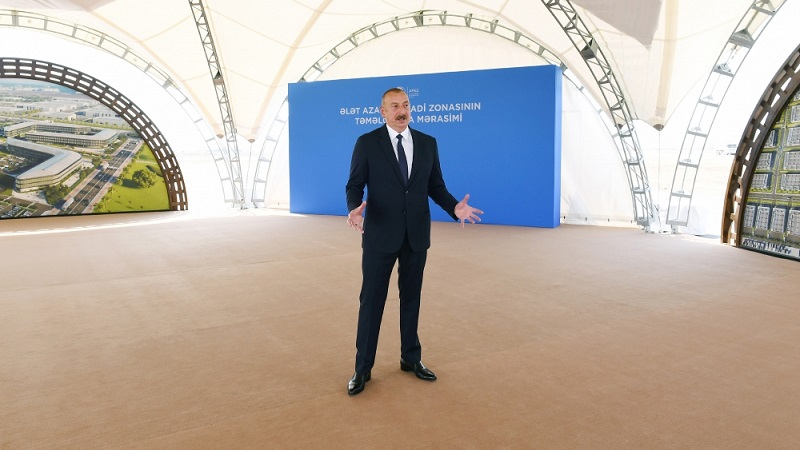 The victory Azerbaijan won in the second Karabakh war and the settlement of the Nagorno-Karabakh conflict have already created a new situation, President Ilham Aliyev said in an interview with the Azerbaijan Television after attending a groundbreaking ceremony of Alat Free Economic Zone.

The head of state noted that the existing stability in Azerbaijan is one of the main conditions for every investor.

“No one would invest in countries without stability. This is an axiom. If we look at the experience of countries that are attractive in terms of investment, you will see this. One of the primary conditions, if not the most important one, for investment in Azerbaijan today is the public and political stability and the unity between the people and the government,” he said.

“Another important factor is that our words and deeds never diverge. In other words, we do what we say. We keep our word, and life has shown this many times. Very attractive conditions have been created for investors. It is enough to look at the oil and gas projects to see that not a single comma has been changed in the contracts signed since 1994. However, in many places, after a certain stage, countries try to revise the conditions in a way that suits them best. We did not do that. Because if we do that, we will scare investors away. In other words, all these factors and, of course, the victory we won in the second Karabakh war and the settlement of the Nagorno-Karabakh conflict have already created a new situation. I think that long-term stability and peace are as clear as day for investors. I am sure that the presence of all these factors and our confidence will attract foreign investors to this zone,” President Aliyev added.