President Aliyev: If Armenia is interested, peace agreement could be signed by year-end 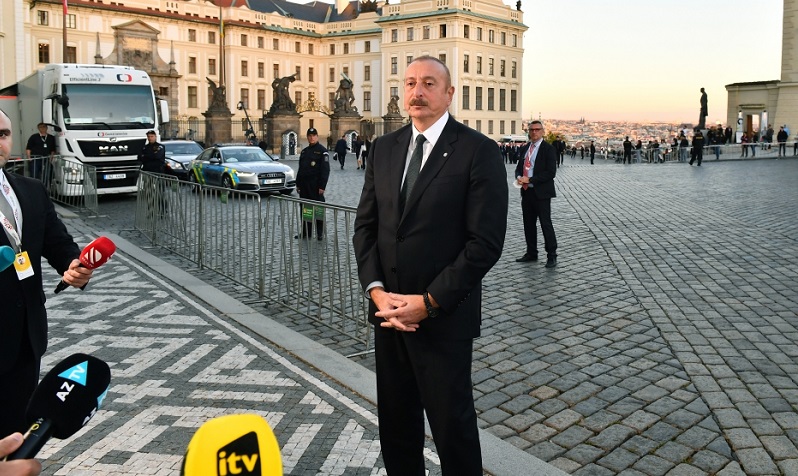 “If Armenia is interested, the peace agreement could be signed by the end of the year. Time passes, our initiatives do not progress easily at all. Although the first meeting of the foreign ministers did not produce specific results, I think it has been a positive step. I think that if a decision is made soon, the working groups of the two countries will start dealing with the text of the peace agreement and we can reach agreement by the end of the year,” said President of the Republic of Azerbaijan Ilham Aliyev as he was interviewed by the Azerbaijani TV channels in Prague, News.Az reports.

“I must say that no-one - neither the Armenian side nor the European Union – has any questions about the five principles we have declared. Today, during the meeting with the President of France, I saw that these five principles are being accepted. This is natural, because we did not invent anything new. These are principles based on relations between states interested in normalizing relations with each other,” the President added.