President Aliyev: It is impossible to isolate Europe from Azerbaijan and Azerbaijan from Europe 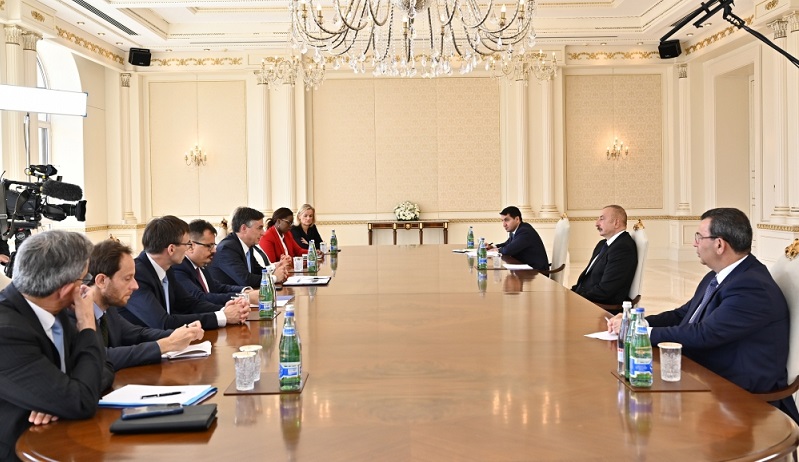 The head of state brought the delegation’s attention to Monday’s visit of European Commission Ursula von der Leyen to Azerbaijan.

“You are probably aware of the visit by the President of the European Commission, Mrs. Ursula von der Leyen yesterday. We had a very good discussion. This once again emphasizes the importance of bilateral relations between Azerbaijan and the European Union,” he said.

“At the same time, the President of the Council of the European Union, Mr. Charles Michel, was heavily involved in the process of normalization of relations between Azerbaijan and Armenia. He has already hosted three tripartite meetings with the participation of the leaders of Armenia and Azerbaijan and himself. So this is a very positive context. However, taking this into account, we cannot understand the actions of the European Parliament,” President Aliyev noted.

He stressed that in fact, the European Parliament is more aggressive towards Azerbaijan than the Armenian Parliament. “Sometimes it seems that these resolutions are adopted by the Armenian parliament or perhaps some Armenian lobby groups have some influence on them. Otherwise, it is very difficult to understand that. This is what I mean when I said I was surprised.”

“Mr. McAllister, I am pleased to see you. I remember our meeting. I know you did not vote in favor of this resolution, but, unfortunately, many European parliamentarians have been attacking us without any reason whatsoever. Such is the situation. We are living in a real world. It is not our choice. You know my position. My position has not changed since our last meeting in 2017. We want to build close relations with Europe, and everything we do, including the visible signs of cooperation that I have just mentioned, demonstrates this. But if the European Parliament thinks of following such a path, it is their choice. But they should know that it is impossible to isolate Europe from Azerbaijan and Azerbaijan from Europe despite the efforts of some members of the parliament,” President Aliyev added.