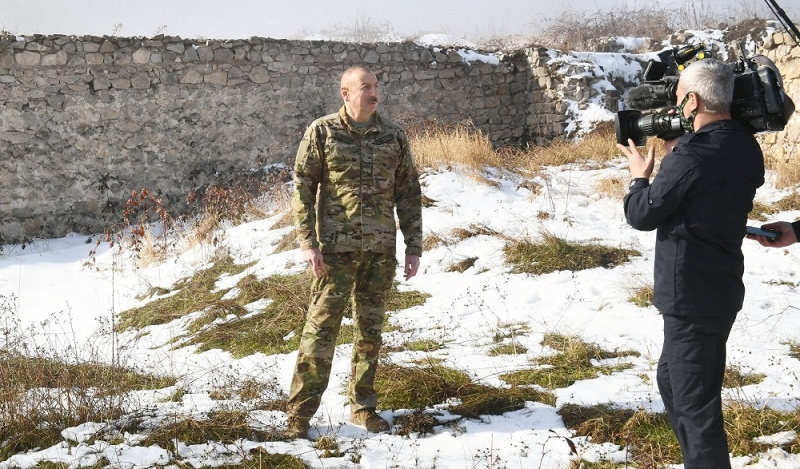 The liberated lands of Azerbaijan are a witness to Armenian atrocities, Azerbaijani President Ilham Aliyev said during his visit to the city of Shusha.

The head of state noted that there has never been such atrocity in the history of the world.

“They came here, lived on someone else's land and then took the opportunity to drive out the locals, kill them, burn them and commit genocide. Then they also took advantage of the hospitality of the people who embraced them, accepted them, allowed them to live here, and brought their historical sites to this condition. Savagery! This is exactly what I mean when I say that a savage tribe has passed through these places,” President Aliyev added.