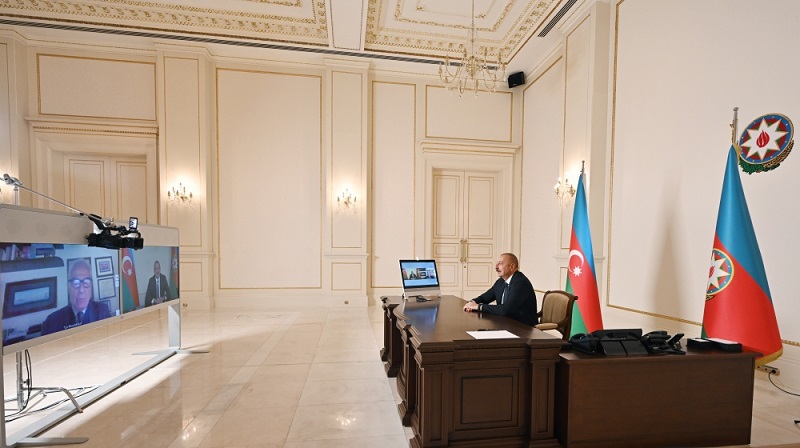 The head of state noted that Azerbaijan is not still in the stage to make some steps.

“In general, Azerbaijan is not in the area of immediate proximity to Afghanistan. Of course, I think the neighbors of Afghanistan should make their decision first. And we have never been closely linked neither politically, nor economically, nor from point of view of transportation to Afghanistan. Therefore, our involvement in Afghanistan was only limited to our peacekeepers. By the way, Azerbaijani military servicemen were among the last to leave Kabul airport. Our military servicemen left Kabul airport one day before that blast which took place there. So, until the end, we were implementing our mission with dignity and maximum efficiency. Therefore, now, in Afghanistan, it’s a period of the establishment of a new government, a period of the establishment of foreign policy priorities. If we see positive tendencies, if we see positive attitude, if we see the signs of potential cooperation, of course, we will respond adequately,” he said.

President Aliyev emphasized that the main principle in Azerbaijan’s foreign policy is independence. “Our foreign policy is absolutely free from any foreign dominance. The second is pragmatism. So, we will make our mind based on that,” he added.