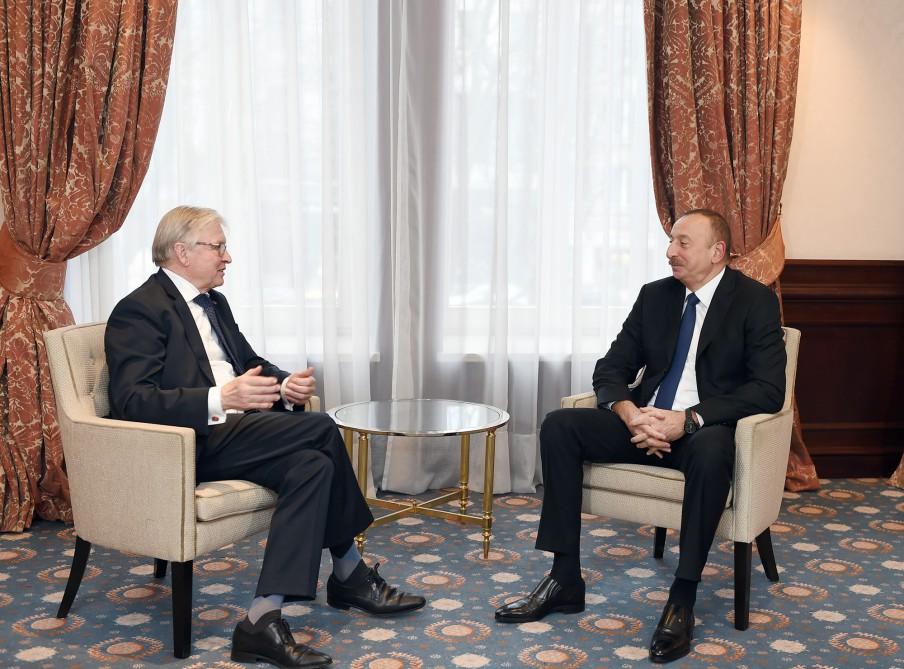 President of the Republic of Azerbaijan Ilham Aliyev has met with former president of the Parliamentary Assembly of the Council of Europe (PACE) Rene van der Linden in Brussels.

Former PACE president Rene van der Linden said he was pleased to meet with Azerbaijani President Ilham Aliyev, Trend reports. He said the program of the Azerbaijani President`s visit to Brussels was very rich, emphasizing the importance of the meetings that the head of state would hold with top-ranking EU officials.

President Ilham Aliyev underlined the significance of the visit in terms of the expansion of Azerbaijan-EU relations.

Calling Rene van der Linden a friend of Azerbaijan, President Ilham Aliyev pointed out the country`s fruitful cooperation with the Parliamentary Assembly of the Council of Europe during his tenure. The head of state hailed Rene van der Linden`s role as chairman of the Netherlands-Azerbaijan Friendship Group in enhancing relations between the two countries and attracting investment in Azerbaijan, as well as his contribution to the establishment and development of cooperation between ADA University and Dutch Maastricht School of Management.