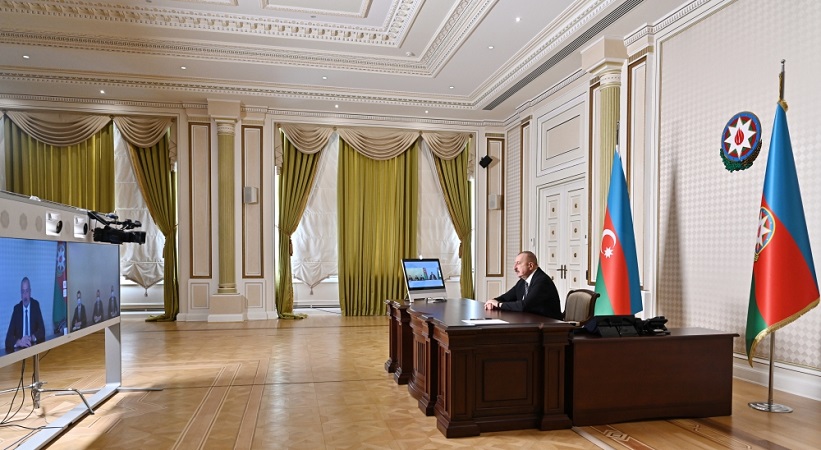 In the current situation, especially in the post-war period, the private sector has even greater responsibilities, said President Ilham Aliyev.

“As a result of the development of the private sector in recent years, we have achieved great successes. I can say that this field has been an important part of my work as President since the very first days. As a result, we are now able to provide the basis of our gross domestic product, most of it, by the private sector, the non-oil sector,” the head of state said.

“However, in the current situation, especially in the post-war period, the private sector has even greater responsibilities. Of course, first of all, it should pay attention to the liberated lands and establish businesses there. I have repeatedly expressed my views on this issue. At the same time, they should be active wherever they operate. This activity is facilitated by the state. As President, I have always supported entrepreneurs – morally, in terms of infrastructure, concessional loans and other steps. On the ground, they must have the opportunities to invest and create jobs. In a nutshell, you should help them, not hamper their work. The development of the private sector should be aligned with the directions of our overall economic policy,” President Aliyev added.