President Aliyev: There will be a lot of opportunities for Hungarian companies to work on liberated Azerbaijani lands 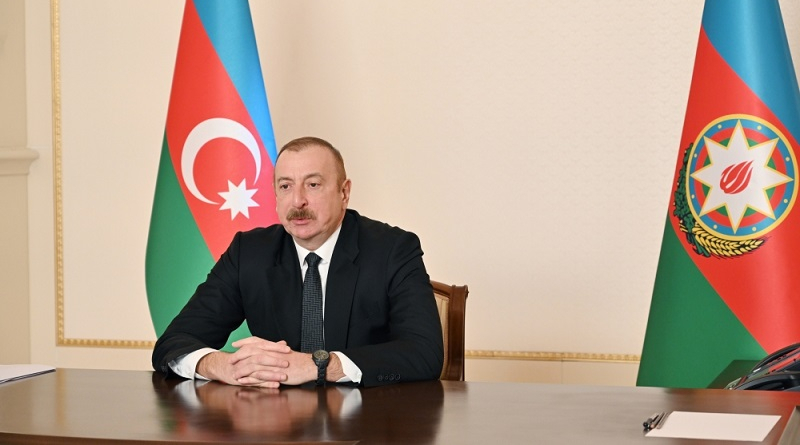 As strategic partners Hungary and Azerbaijan need to continue active cooperation in various areas, Azerbaijani President Ilham Aliyev said as he received in a video format Minister of Foreign Affairs and Trade of Hungary Peter Szijjarto.

President Aliyev thanked Hungary for its support in Azerbaijan’s communications with the European Commission.

The head of state stressed that Hungary and Azerbaijan as two friendly countries need to activate cooperation in economic area, area of trade and especially now, after the liberation of the occupied territories a lot of opportunities now with respect to the reconstruction of the territories.

“It is total devastation. Probably you have seen some video footages of that area, it is total destruction. So, we need to rebuild the area from scratch. It is more than 10,000 square kilometres. It is a big part of Azerbaijan and of course, we want to do it in cooperation with our partners. As many times I already publicly stated, we will invite for cooperation the companies from friendly countries. Hungary is one of them, closest friends of Azerbaijan, and I am sure that there will be a lot of opportunities for Hungarian companies to work together with us on the liberated areas,” he added.

President Aliyev also pointed to a big potential in agriculture, in technologies.

“We are planning to create a modern infrastructure and city planning on the liberated territories. So, big scope of work and I am sure you will thoroughly discuss it with your colleagues during your visit,” the head of state concluded.