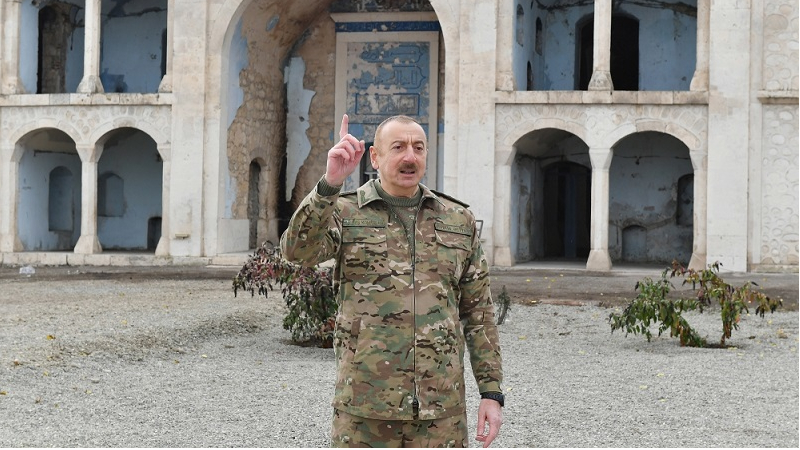 We have destroyed the enemy in an almost hand-to-hand battle, crossing ravines, forests and mountains with light weapons, and liberated Shusha, the crown of Karabakh, President of the Republic of Azerbaijan Ilham Aliyev said during a speech in front of the Aghdam mosque.

“We were strengthening the combat capability of our army because it was clear that victory could not be won by weapons alone. It is a soldier and an officer who raises the flag, raises the flag on the enemy's positions, raises it on liberated lands. Our soldiers and officers fought like lions," said the president.

"May God have mercy on all our martyrs! May God grant their parents patience! We have wounded servicemen, and they are recovering. Many of them have already recovered. May God send healing to them! We have won this war at the expense of our heroic soldiers and officers. I am sure that the operation to liberate Shusha from occupation will forever go down in history,” President Aliyev added.