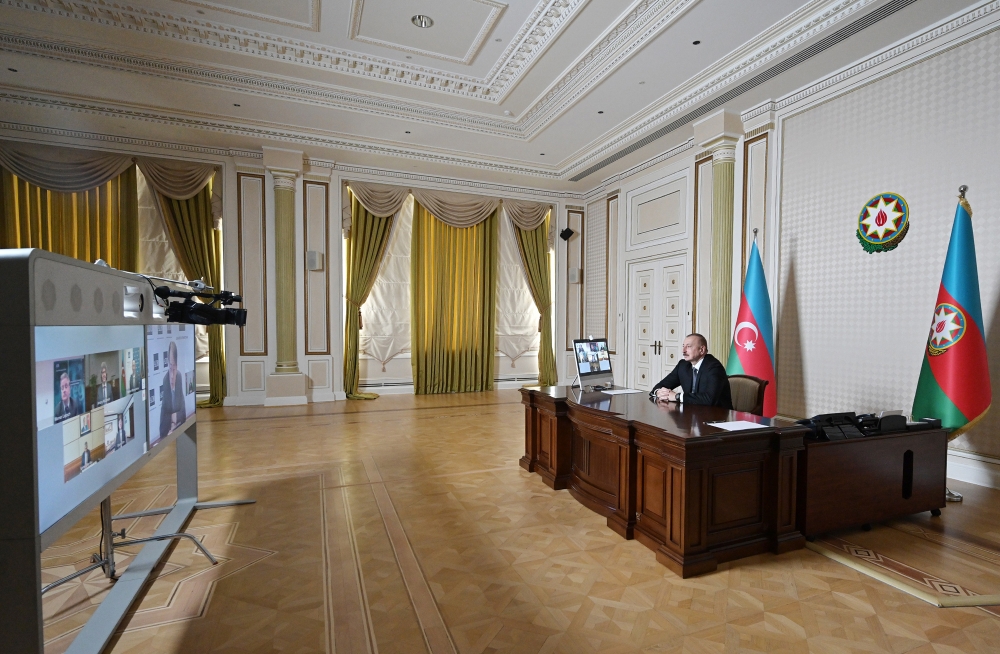 According to the World Health Organization, Azerbaijan is considered an example in the fight against the COVID-19 pandemic, said President Ilham Aliyev.

The head of state made the remarks during a videoconference with President of the Asian Development Bank (ADB) Masatsugu Asakawa, Vice-President Shixin Chen and other executives of the ADB.

He noted that thanks to the timely measures taken by the Azerbaijani state, the country has suffered minimal losses.

“According to the World Health Organization, Azerbaijan is considered an example in the fight against the pandemic. We have also allocated large sums of money. We have allocated more than 2 billion euros to support the pandemic-affected sectors of the economy, as well as the unemployed, the unemployed, the poor and even those involved in informal employment,” the president said.

President Aliyev pointed out the fact that Azerbaijan is fighting informal employment and has taken serious measures to this end.

“This year alone, more than 100,000 contracts have been signed between employees and companies. However, we understand that these people suffer from this problem. For this reason, our economic growth was very low for 4 months, however, it was 0.2 percent.”

“I know that many countries, unfortunately, are in a recession now. The results of five months are not yet known to us, maybe, will be known in a week. But I think we can cope with this situation. As you rightly point out, the sharp drop in oil prices is certainly a challenge for us. However, we have managed to adapt our steps and budget to the new realities, and we must take them into account, no matter what the realities are. We have not reduced any of the social projects - all of them remain in our budget. But those projects that can wait several years, of course, maybe postponed for a while,” the president added.

The head of state stressed that Azerbaijan is not among the 150 countries that have applied to international financial institutions for financial support.

“We do our job well and our expenses have always been lower than our profits. I would say that protecting and increasing resources has been our main economic goal,” he concluded.