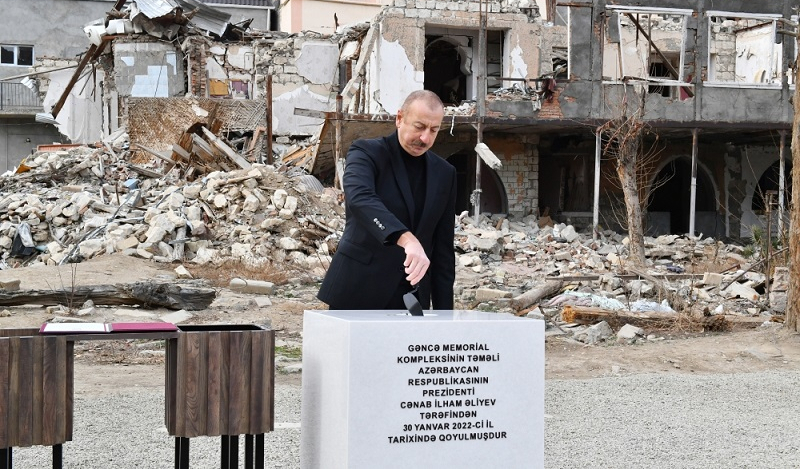 President of the Republic of Azerbaijan Ilham Aliyev laid a foundation stone for the Ganja Memorial Complex on January 30.

The head of state viewed the area where the Complex will be created. President Ilham Aliyev was informed of the Complex.

During the Patriotic War, on October 4, 5, 8, 11 and 17, the city of Ganja was hit by the Armenian armed forces from "Tochka-U", "Smerch", "SCUD" and other various missiles. As a result, 26 civilians, including 6 children were killed, and 142 civilians, including 31 children, were injured.

President Ilham Aliyev laid flowers at the memorial corner to civilians killed as a result of a rocket attack by the Armenian armed forces on the city of Ganja. 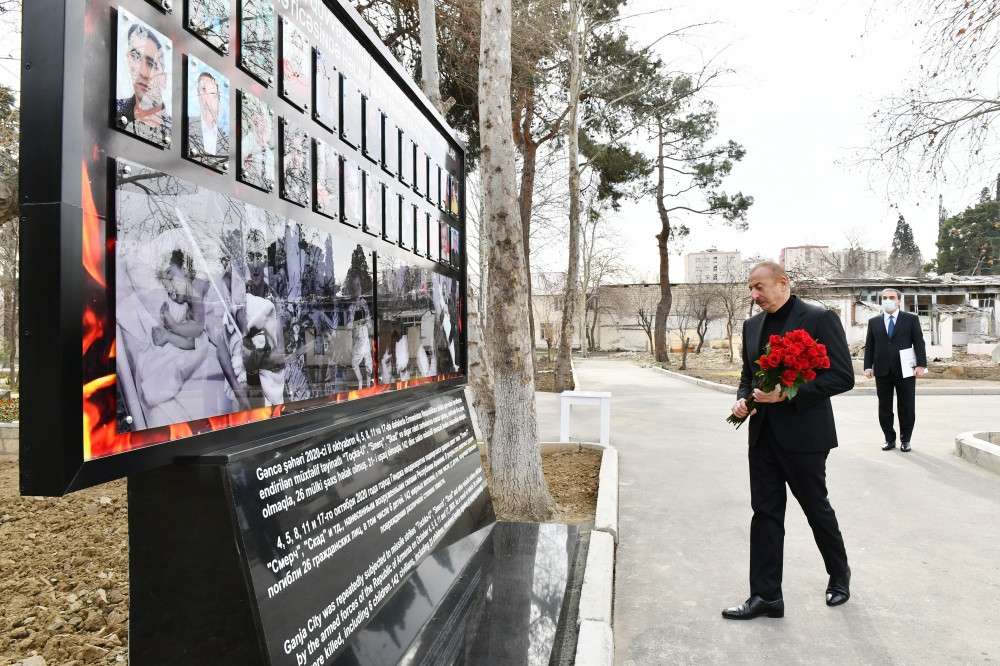 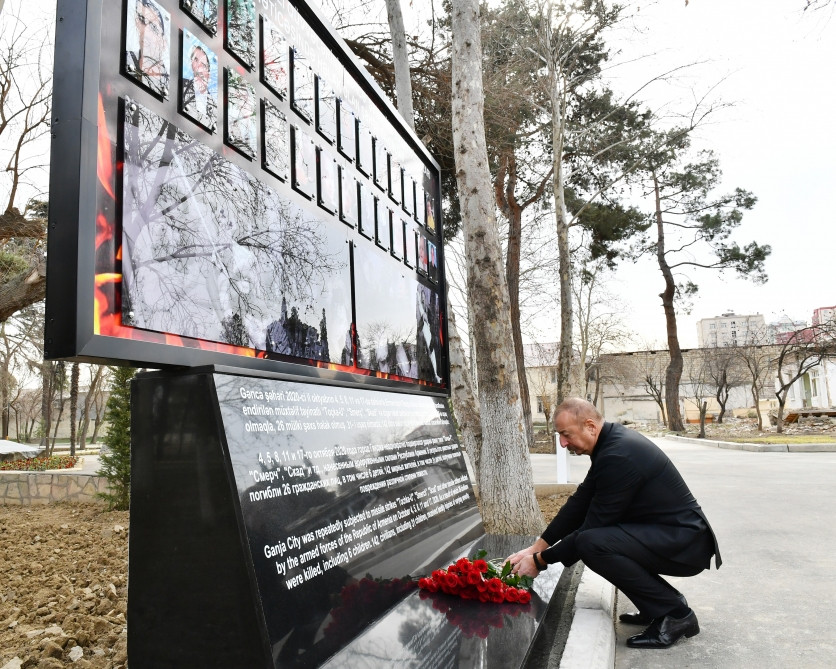 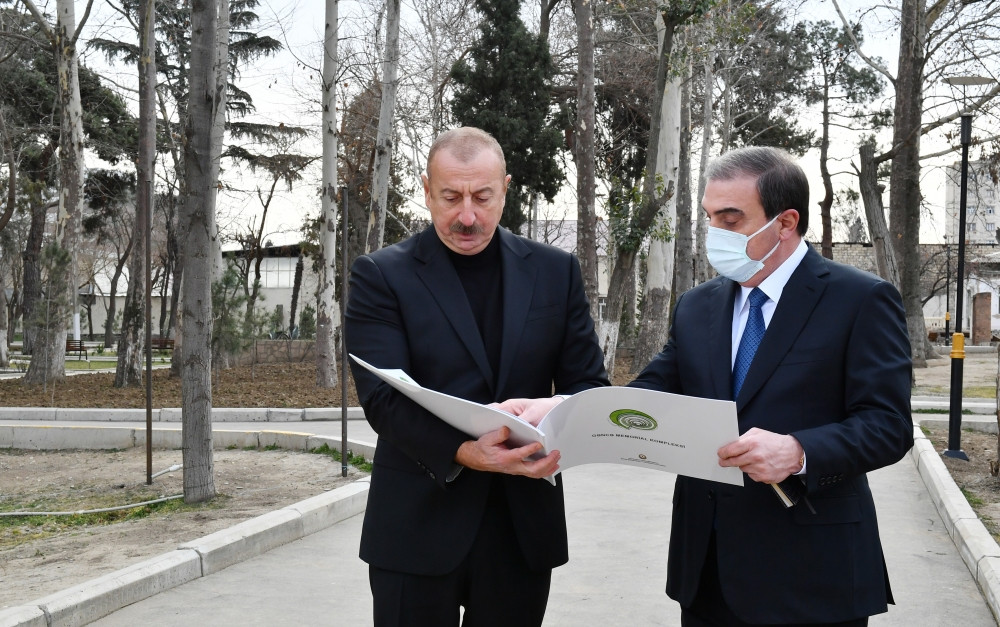