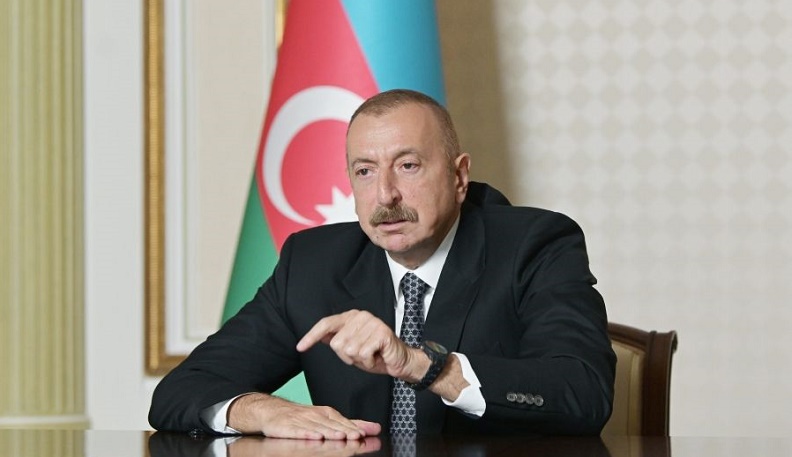 “The reasons for what it is happening with Iran is not because of our relations with some other country, because our foreign policy is very open, transparent, stable and as I said independent”, said President Ilham Aliyev in his interview with the Italian La Repubblica newspaper.

“No other country can or should try to influence Azerbaijan’s decisions. Decisions are made here in Baku, by me, based on the national interests of Azerbaijan. Whoever tried to use artificial pretext and to blame Azerbaijan for kind of relations with some other countries, failed. This is not the right path. It will lead to deadlock,” the head of state noted.

President Ilham Aliyev said: “Therefore, first, we reject all the accusations about Azerbaijan bringing Israel to the liberated territories. That is absolutely nonsense. It is just a pretext aimed at the domestic audience in order to demonize Azerbaijan. Everybody can go and see that there is no life there. Everything is destroyed. Second, that we demand respect to us, the same respect which we show to others.”