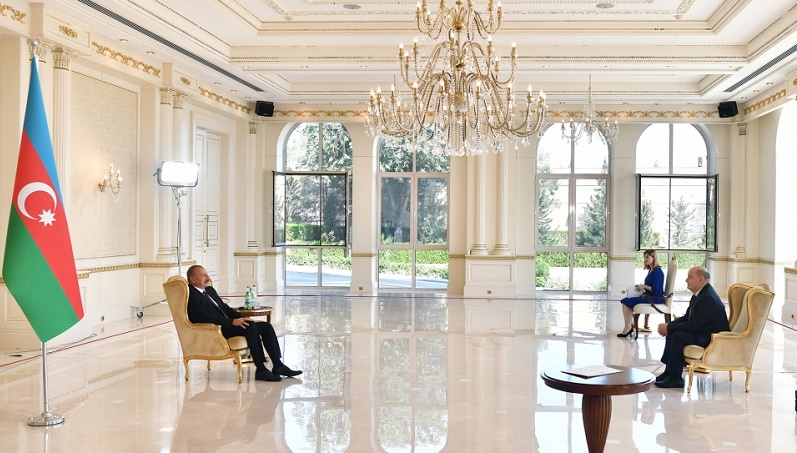 President of the Republic of Azerbaijan Ilham Aliyev has received credentials of newly appointed Ambassador Extraordinary and Plenipotentiary of the Kingdom of Belgium Michel Peetermans.

Recalling his visits to the Kingdom of Belgium and meetings with King of the Belgians, His Majesty Philippe, President Ilham Aliyev noted that very fruitful discussions on cooperation between the two countries were held during these meetings.

Touching upon the importance of expanding relations between the Republic of Azerbaijan and the Kingdom of Belgium, the sides stressed the importance of identifying specific areas of cooperation, as well as taking practical steps to increase trade turnover.

President Ilham Aliyev expressed hope that Ambassador Michel Peetermans would contribute to the development of bilateral ties during his diplomatic mission in Azerbaijan.