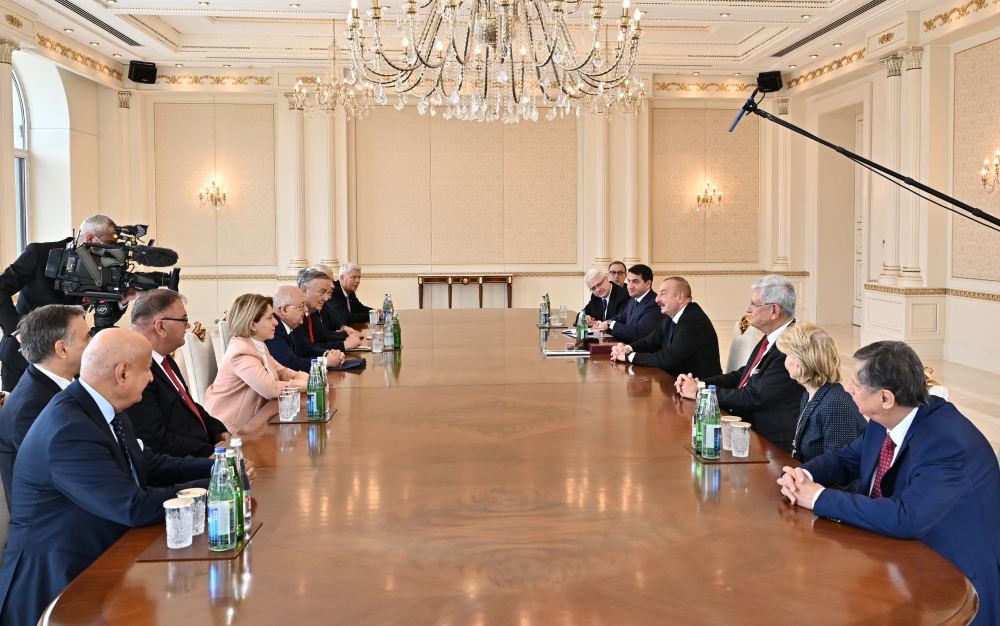 President of the Republic of Azerbaijan Ilham Aliyev has received co-chair of the Nizami Ganjavi International Center Ismail Serageldin, former heads of state and government, and members of the Board of Trustees of the Center, News.Az reports.

Ismail Serageldin presented keepsakes to the head of state on the occasion of the 10th anniversary of the establishment of the Center.

It was stated at the meeting that the Global Baku Forum, held by the Nizami Ganjavi International Center under the auspices of the President of Azerbaijan on an annual basis, was already recognized as an international platform discussing current issues all over the world and proposing new approaches to their solution.

Ismail Serageldin stated that the Nizami Ganjavi International Center had participated in international conferences held under the auspices of the presidents of those countries in China and Poland, in the United States within the framework of the UN General Assembly, in cooperation with the World Health Organization in Geneva and the UN Office at Geneva, the World Health Organization in Berlin, the Technology Summit held in Japan and the “The Riga Conference 2022” held in the capital of Latvia, acting as a partner in the events.