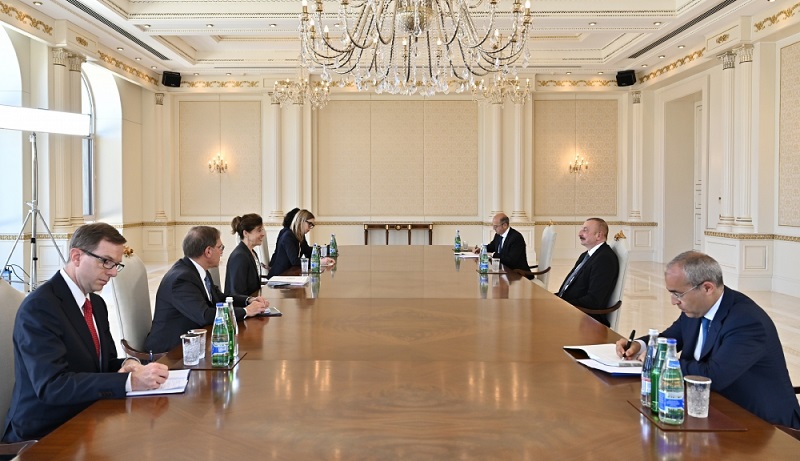 President of the Republic of Azerbaijan Ilham Aliyev has received Deputy Assistant Secretary for Energy Diplomacy in the Bureau of Energy Resources at the US Department of State Laura Lochman.

During the conversation, the sides touched upon the activities of the Southern Gas Corridor. The role of Azerbaijan in Europe's energy security and diversification of gas supplies was pointed out. The sides exchanged views on increasing gas exports from Azerbaijan to Europe.

The successful development of bilateral relations between Azerbaijan and the US in various fields was underlined, the constant support provided by the US Government to Azerbaijan in the implementation of global energy projects, including the Baku-Tbilisi-Ceyhan project, was hailed at the meeting. The large-scale work carried out in Azerbaijan in the field of electricity and renewable energy was highlighted.

During the conversation, the sides emphasized the importance of the International Caspian Oil and Gas Exhibition, traditionally held in Baku, noting that the event contributes to the expansion of international cooperation in the field of energy.