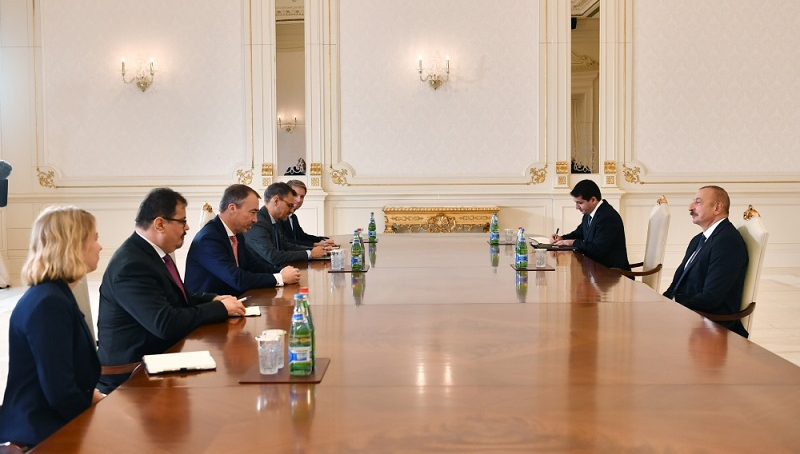 President of the Republic of Azerbaijan Ilham Aliyev has received European Union Special Representative for the South Caucasus and the crisis in Georgia Toivo Klaar.

Pointing to the visit of President of the European Council Charles Michel to Azerbaijan this July, the sides noted that the meeting between President Ilham Aliyev and Charles Michel made an important contribution to the development of Azerbaijan-EU relations.

The European Union’s readiness to contribute to strengthening stability and peace and creating an environment of trust in the region was emphasized at the meeting.

They also exchanged views on the upcoming Eastern Partnership Summit.