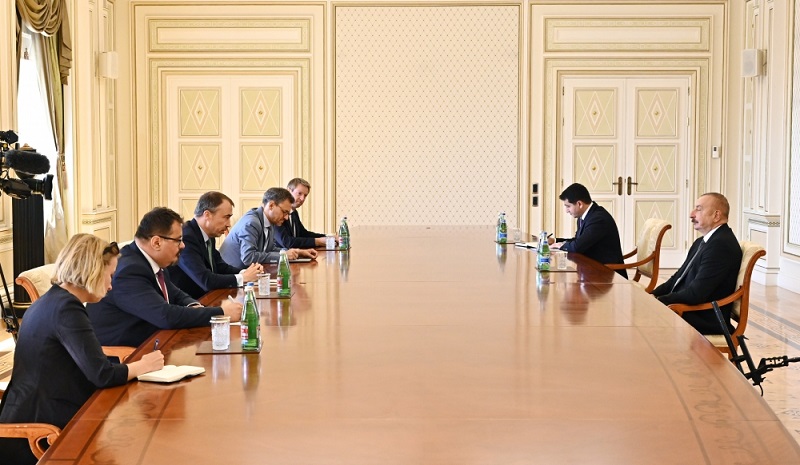 President of the Republic of Azerbaijan Ilham Aliyev has received European Union Special Representative for the South Caucasus and the crisis in Georgia Toivo Klaar, News.Az reports.

The sides exchanged views on the issues related to the normalization of relations between Armenia and Azerbaijan, the signing of a peace agreement, the opening of communications, the landmine problem facing Azerbaijan, and the Azerbaijanis who went missing during the first Karabakh war.

The head of state emphasized the importance of implementing the agreements reached as a result of the meetings held in Brussels and fulfilling the obligations undertaken by Armenia in accordance with the trilateral statement of November 10, 2020.