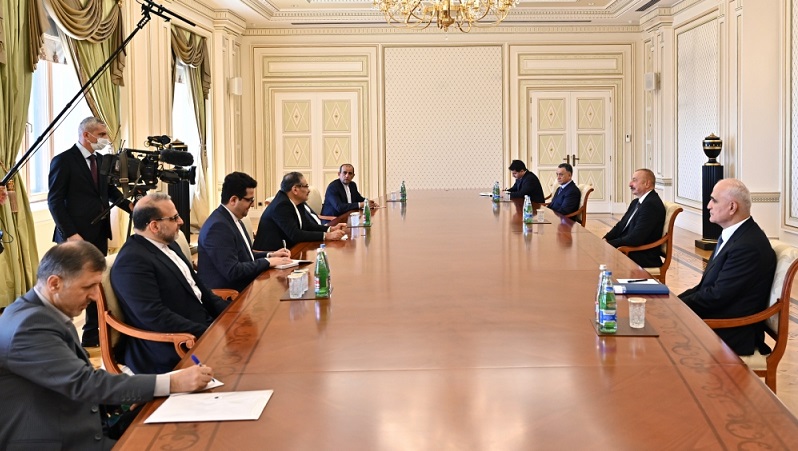 During the conversation, the head of state recalled with pleasure his meeting with President of Iran Seyyed Ebrahim Raisi on the sidelines of the 6th Summit of the Heads of State of the Caspian littoral states in Ashgabat, noting that they exchanged views on the development of bilateral cooperation at the meeting.

Ali Shamkhani congratulated the people of Azerbaijan on ensuring the territorial integrity of the country. He emphasized that Iran is interested in developing good neighborly and friendly relations with Azerbaijan and that always attaches great importance to expanding relations with the country.

The sides exchanged views on the issues related to bilateral agenda, including the development of transport and communication lines between Iran and Azerbaijan, as well as regional issues.