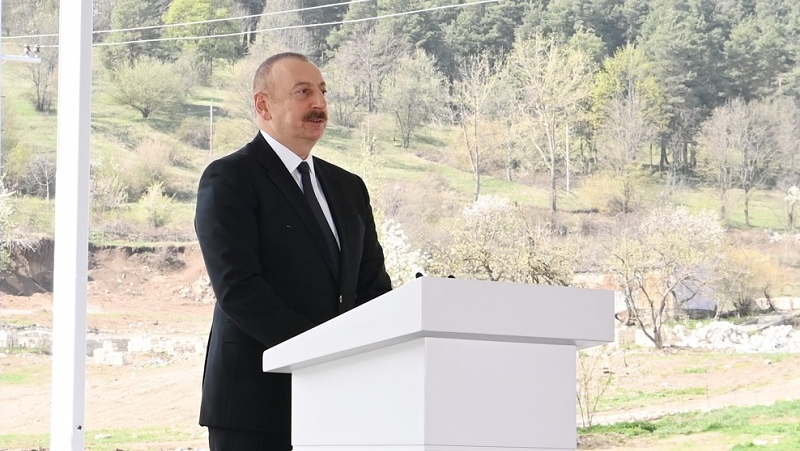 “We destroyed fascism and saved the South Caucasus from fascism. However, manifestations of fascism are still emerging, some circles in Armenia and Armenians living abroad are still trying to threaten us. However, they should not forget the history of the Second Karabakh War,” Azerbaijan’s President Ilham Aliyev said on Friday.

He made the comments at the fifth Congress of World Azerbaijanis held in the city of Shusha, the cultural capital of Azerbaijan, News.Az reports.

The head of state also pointed to the work done towards army building in Azerbaijan.

“We have increased our strength. During the year and a half, a lot of work was done in the field of army building. Some part of this work has been presented to the public, another part, of course, cannot be presented. However, everyone should know that today the Azerbaijani Army is capable of fulfilling any task. The combat capability, national spirit, morale, weapons, equipment and the establishment of new combat units – we do all this precisely because there are still manifestations of Armenian fascism. We are ready and must be ready to crush Armenian fascism at any moment if it raises its head again. Armenia knows this, understands it well and should never forget it,” President Ilham Aliyev added.