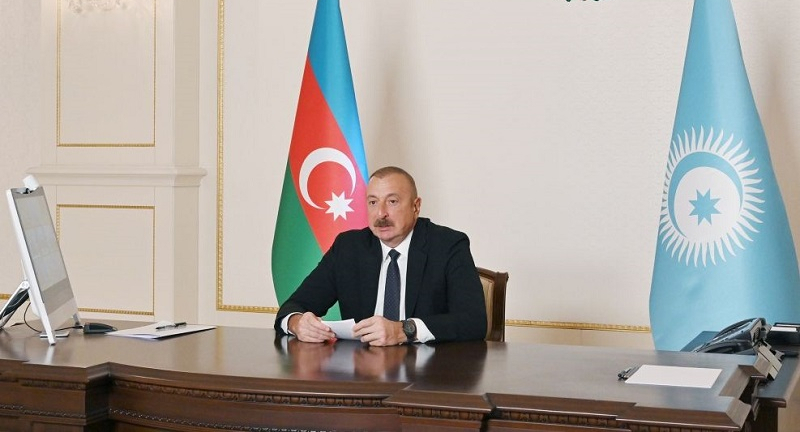 “However, this support was not so important in real life because the [Nagorno Karabakh] issue was not being resolved. The UN Security Council, the world's highest international body, has adopted four resolutions. These resolutions demanded an immediate, complete and unconditional withdrawal of the Armenian armed forces from the occupied territories. These resolutions were adopted in 1993 and remained on paper," said the president.

President Aliyev noted that resolutions of other international organizations supported Azerbaijan's position, and this had tremendous political and legal significance.

“However, on a real and practical level, they did not reserve to solve the problem. The OSCE, the Non-Aligned Movement, the Organization of Islamic Cooperation, the European Parliament, the Parliamentary Assembly of the Council of Europe and other organizations have defended Azerbaijan's rightful position,” he added.