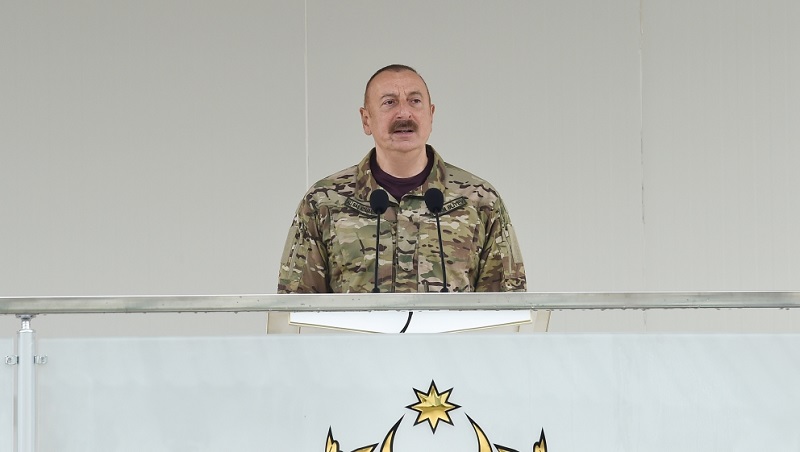 The process of army building after the second Karabakh war is in full swing, Azerbaijani President, Commander-in-Chief Ilham Aliyev said as he addressed a solemn ceremony to hand over the battle flag to the commando military unit as part of his visit to Kalbajar district, News.Az reports.

“Six months ago, on 24 December, the first commando military unit was commissioned in the liberated Hadrut. Today we are opening another military unit of the newly-established commando forces in Kalbajar. This shows that the process of army building after the second Karabakh war is in full swing and the commando forces, along with all other armed forces, have all the capabilities to fulfill the tasks facing the country, protect our territorial integrity and our borders,” the head of state said.

The president noted that the Azerbaijani people can be proud of the country’s Armed Forces today.

“We can be proud of our Armed Forces today. We are celebrating the Army Day today as a victorious nation, as a victorious country. During the years of occupation, I always said in numerous meetings with the military - in military units, trenches, the Lalatapa peak and military parades – that we would one day return to our native lands. I have always said that if Armenia did not leave our lands of its own free will, we would resolve the Karabakh issue by military means. And this is exactly what happened. The victorious Azerbaijani Army has fulfilled its historic mission with dignity,” President Aliyev added.