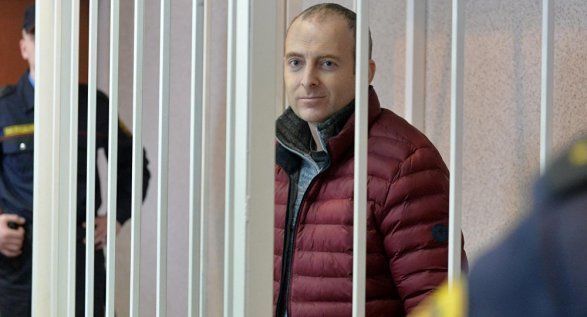 The trial on blogger Alexander Lapshin, detained in Azerbaijan, continued July 14 at the Baku Court on Grave Crimes.

During the trial, held under the chairmanship of Judge Alovsat Abbasov, the prosecutor asked to sentence Lapshin to imprisonment for 6.5 years, according to AzVision.

The next trial will be held on July 19.

Alexander Lapshin is a citizen of several countries and had a criminal collusion with Armenians in the occupied Azerbaijani territories. He also illegally visited these territories.

Lapshin is accused of violating Azerbaijani laws on state border in April 2011 and October 2012. On Jan. 17, Alexei Stuk, deputy prosecutor general of Belarus, issued a ruling on Lapshin’s extradition to Azerbaijan. Lapshin was brought to Azerbaijan on Feb. 7.