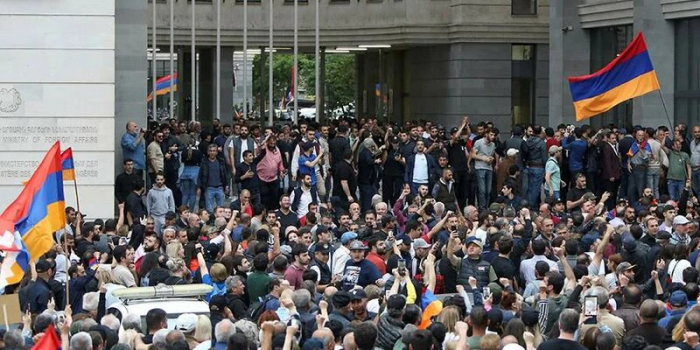 Ishkhan Saghatelyan, deputy speaker of the National Assembly and member of the "Armenia" faction, said: "The foreign minister no longer serves the interests of Armenia, we must block the entire building with all entrances."

According to media reports, a clash broke out between protesters and the police. Law enforcement forces are currently trying to unblock the Foreign Ministry building entrances.