Putin and Macron discuss stabilization of situation in Karabakh 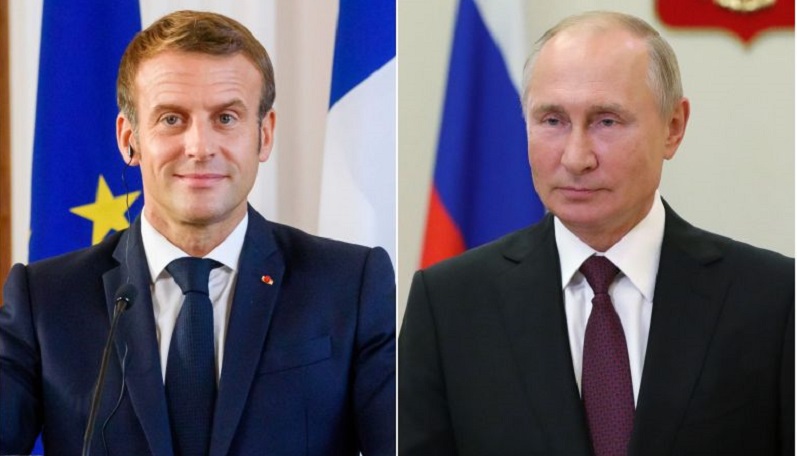 The Kremlin stated that Vladimir Putin informed his counterpart about the active mediation efforts undertaken by the Russian side, which made it possible to stop the bloodshed and avoid new casualties, as well as the deployment of the Russian peacekeeping contingent along the line of contact and the Lachin corridor.

“The statement of the presidents of Azerbaijan and Russia and the prime minister of Armenia of November 9 is being fulfilled, the situation in the region as a whole has stabilized,” the message said.

“Moreover, the leaders stressed that urgent humanitarian issues must be resolved in Nagorno-Karabakh, including those related to the return of refugees to their places of permanent residence, providing conditions for a normal life for the population, restoring infrastructure, preserving Christian churches and monasteries. In this regard, the Russian president announced the creation of a Russian center for humanitarian response,” the Kremlin noted.

Putin and Macron also expressed their "readiness to coordinate work along the line of the OSCE Minsk Group co-chairs - Russia, France, and the US”.