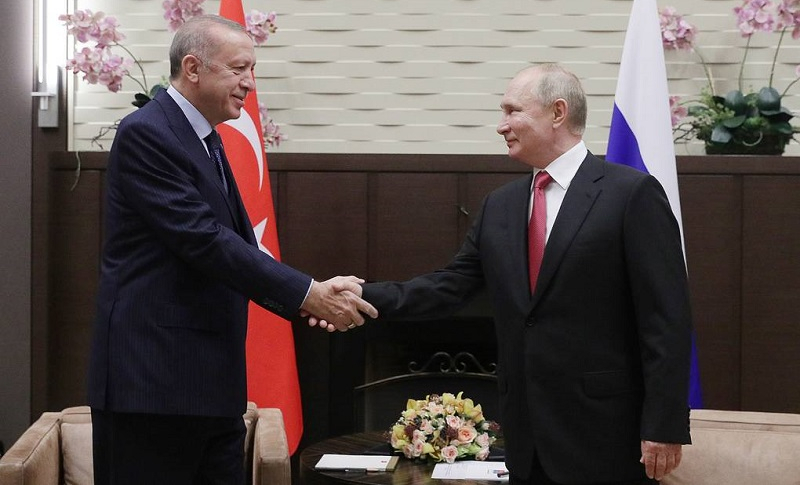 "Yes, the talks have begun," he told TASS. Earlier, the Turkish administration announced the beginning of the negotiations.

The two leaders are expected to discuss relevant international issues, including the situation in Syria, Libya, Afghanistan and South Caucasus. They also plan to touch upon the Russian-Turkish partnership in political and trade fields. Back in August, Erdogan stated his intention to also discuss the procurement of the second S-400 air defense system regiment.

According to the Kremlin spokesman, the two leaders will talk tete-a-tete (with interpreters), and later will continue their communication during a working breakfast. He also noted that no documents are planned for signing after the talks.