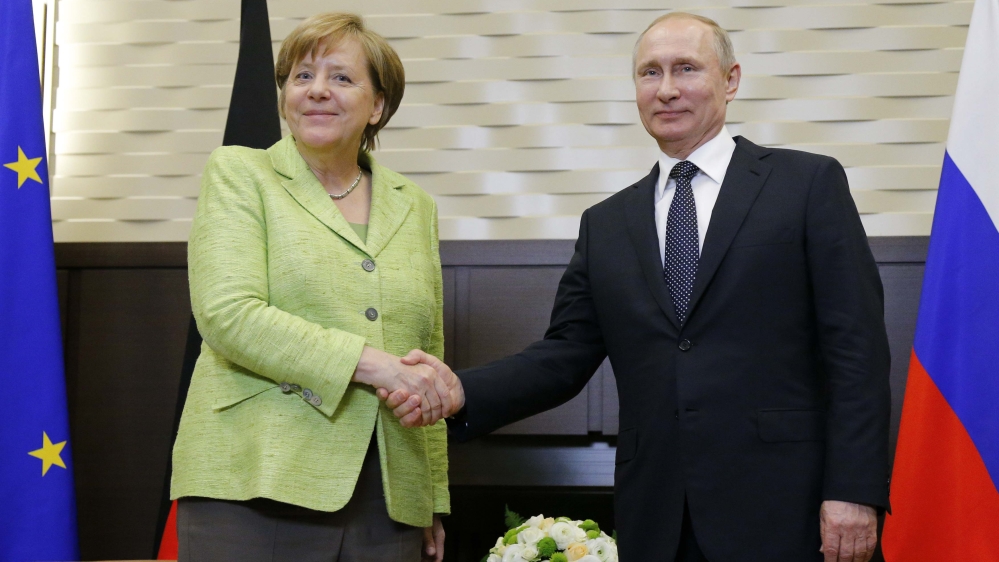 Russian President Vladimir Putin discussed the situation in Belarus with German Chancellor Angela Merkel in a telephone conversation initiated by Berlin, the Kremlin press service said in a statement on Tuesday, TASS reports.

"The parties thoroughly discussed the situation in Belarus following the presidential election," the statement reads. "Russia pointed out that foreign attempts to interfere in the country’s domestic affairs were unacceptable and could further escalate tensions," the Kremlin press service added.

"Hope was expressed that the situation would improve as soon as possible," the statement runs.

The German chancellor, in her turn, stressed that the Belarusian authorities must give up the use of force against peaceful demonstrators, the German Cabinet of Ministers’ Spokesman Steffen Seibert informed. "The chancellor said the Belarusian government must refrain from the use of force against peaceful demonstrators, immediately release political prisoners and enter into a national dialogue with the opposition and society to overcome the crisis."