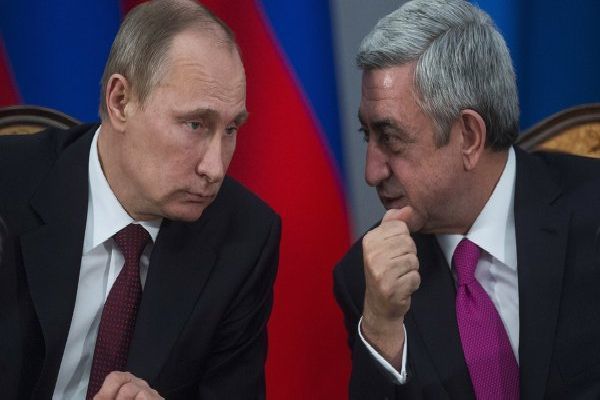 "During the meeting with the Armenian president, we paid special attention to the settlement of the Karabakh conflict."

Russia, within the framework of the OSCE Minsk Group, as well as in direct contacts with Azerbaijan and Armenia, continues to assist in finding ways to resolve the Nagorno-Karabakh conflict, said Russian President Vladimir Putin.

The Russian leader made the remarks at a joint press conference with his Armenian counterpart Serzh Sargsyan in Moscow March 15, an APA correspondent reported from Moscow.

“During the meeting with the Armenian president, we paid special attention to the settlement of the Karabakh conflict,” Putin said.

The Armenian president, in turn, expressed gratitude to Russia and the other OSCE Minsk Group co-chairs for efforts to resolve the Karabakh conflict peacefully.

“The importance of abiding by the 1994-1995 ceasefire agreement and implementing the Vienna and St. Petersburg agreements was stressed during the meeting. We agree with the inadmissibility of using force in the peace process,” added Sargsyan.