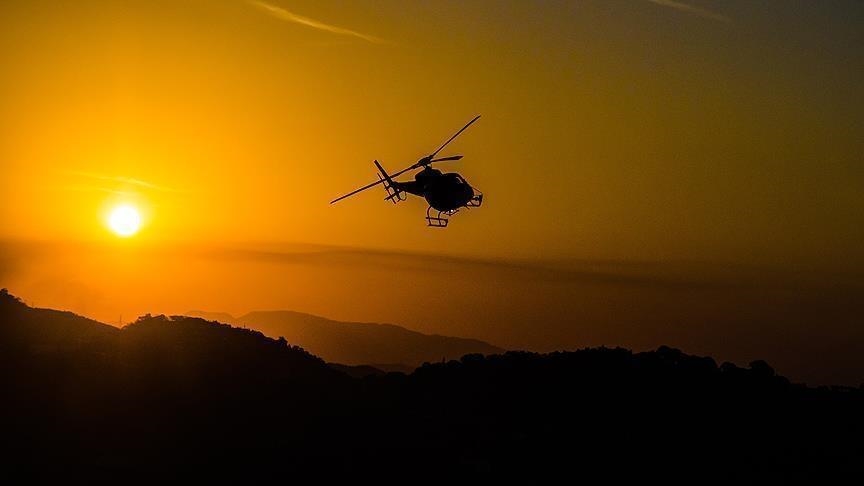 Amid ongoing resistance against the military junta, a powerful rebel group in Myanmar claimed to have shot down a military helicopter on Monday, Anadolu Agency reports.

A spokesperson for the Kachin Independent Army, one of the most powerful rebel groups in the northernmost state of Kachin bordering China, told Anadolu Agency that the incident occurred during an airstrike by the Myanmar military, also known as the Tatmadaw.

"The Tatmadaw launched airstrikes a few days ago, but today's action includes three jet fighters and a helicopter. We shoot down the helicopter at around 10 a.m. (0330GMT) today," said Col. Naw Bu, an information officer for the rebel group.

He declined to say what type of arms was used to shoot down the military helicopter.

He claimed that Monday's airstrike targeted the Alaw Bun hill in the Moemauk township near the Myanmar-China border in Kachin that was considered by both sides strategically important for gaining the military upper hand over the surrounding areas.

A medical student, who is a resident of Yangon but now in Kachin state waiting to join the combat training, has witnessed the shot down of the helicopter.

"The helicopter was hit by an FN-6 portable missile fired by the Kachin fighters. It was on fire in the sky and crashed near a village," she told Anadolu Agency over the phone on Monday, on condition of anonymity.

The military has not made any announcement yet over the incident.