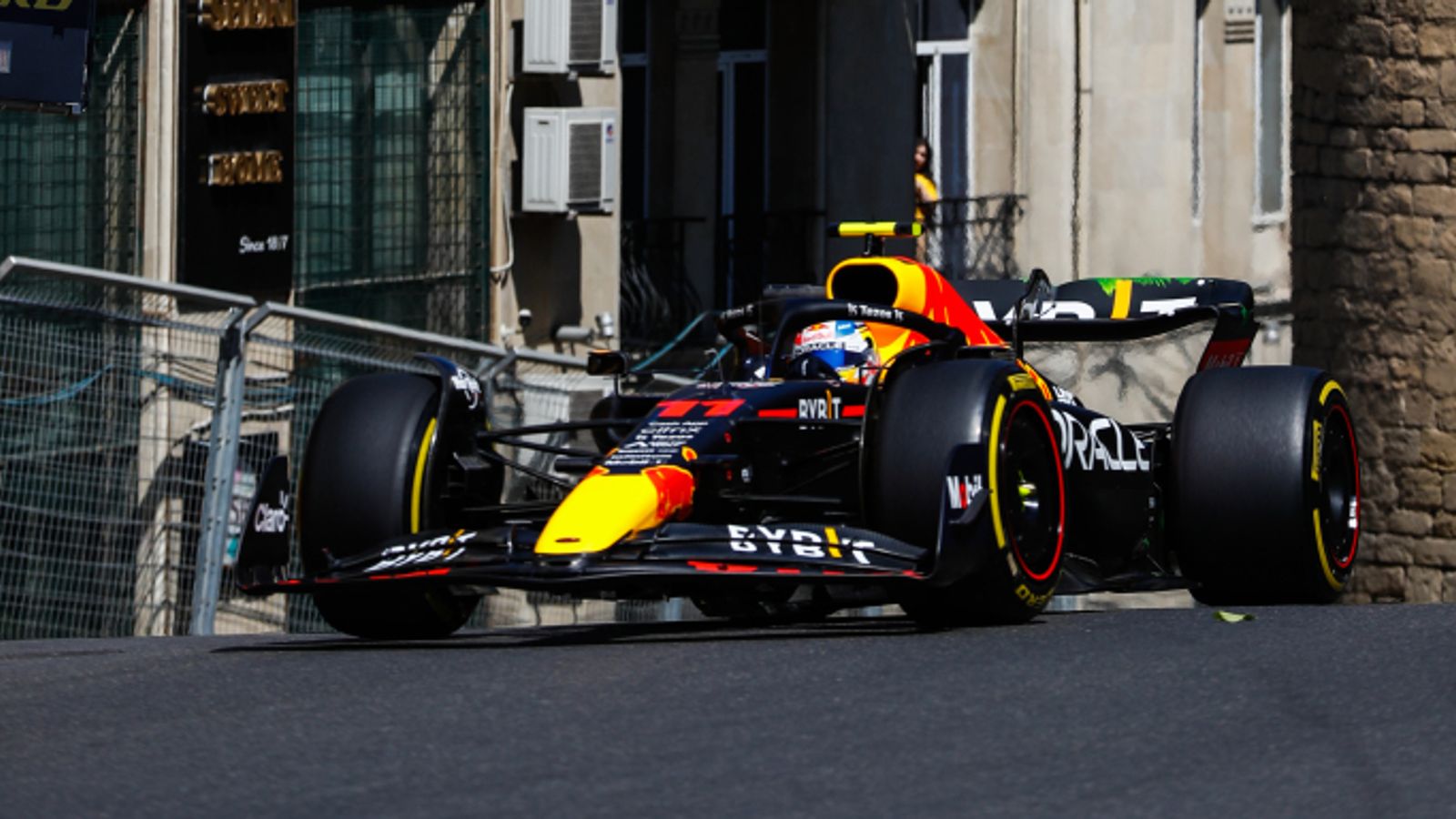 The Red Bull pair of Sergio Perez and Max Verstappen ended Free Practice 2 for the Azerbaijan Grand Prix nearly a quarter of a second adrift of the Ferrari of Charles Leclerc. But neither driver seemed overly concerned, as they backed the team to haul them back into contention throughout the rest of the weekend, News.Az reports citing the official website of Formula 1.

Perez, a new Red Bull contract in his pocket, actually went quickest in FP1, before Leclerc hit back in FP2, posting a time of 1m 43.224s, 0.248s faster than Perez could manage, with Verstappen 0.356s off the pace.

“It was a good start to the day,” said Perez afterwards. “P2 didn’t feel as good as we would have liked. We probably took some wrong directions with it, but we were just exploring and it was not coming, and we were not able to sort out our problems.

“But we have the data, with both tyres as well in the long run; we diverged with Max in that regard [Verstappen carrying out his FP2 long run on the softs as Perez did his on the mediums], so I think there is good data for us to gather and to go through tonight, and hopefully we’re able to put it all together.”

Asked, meanwhile, if Red Bull were suffering from porpoising – in evidence on a number of cars in Baku on Friday – Perez replied: “Yes we are, especially in the braking, it can get very tricky to brake with those bumps.”

Verstappen finished third across both practice sessions on Friday, and lamented yellow flags compromising fast laps in both FP1 and FP2 – the latter caused by Perez running off track at Turn 15.

But the Dutchman – who was also shown with a heavily oscillating rear wing in FP1, before fixes were made for FP2 – seemed unconcerned, as he backed Red Bull to take the fight to Ferrari.

“I was just a bit unlucky with my soft tyre runs – in FP1 and FP2 all the time, I caught yellow flags so I had to back out,” said Verstappen. “But overall, we look quite decent. Looks like Ferrari are quite quick over one lap gain. Long runs then look a little bit more even, so that’s positive… But overall, not a bad day, just need to fine-tune a few things.”

Verstappen heads into the weekend as the championship leader, nine points up on Leclerc and 15 clear of Perez, as he goes in search of his first podium in Baku – the Mexican driver having appeared three times on the rostrum here, including on the top step last year.