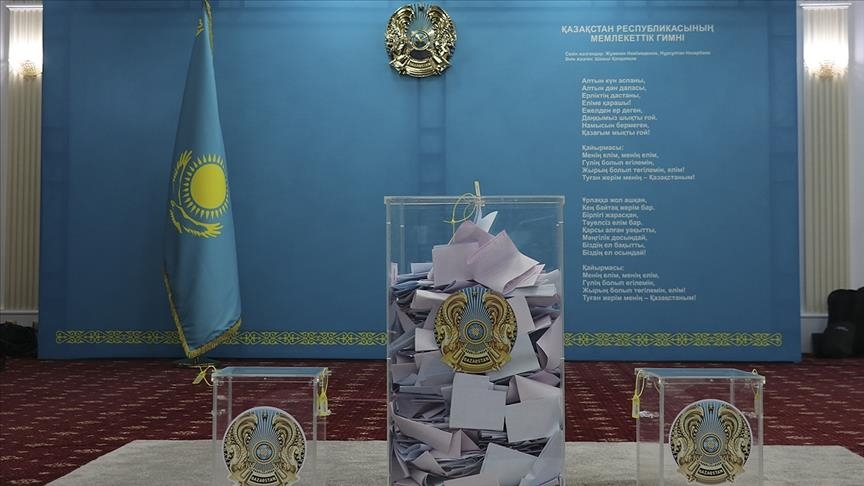 An exit poll by the Democracy Institute said the ruling Nur Otan party led by former president Nursultan Nazarbayev ranked first with 72.1%, while the Ak Zhol Democratic Party is second with 10.27% and the People's Party of Kazakhstan is third with 9.54%.

The Auyl People’s Democratic Patriotic Party received 4.93% of vote, and the Adal party 3.25%.

According to an exit poll by Kazakhstan’s Public Opinion Research Institute, the Nur Otan party won nearly 71.97% of vote, with the Ak Zhol Democratic Party and People's Party of Kazakhstan garnering 10.18% and 9.03% respectively.

Kazakh voters headed to the polls to elect deputies for the lower chamber of parliament for a five-year term.

Around 12 million registered voters in the country began to cast their ballots at 7 a.m. (0100GMT) local time. Citizens living abroad voted at the same time. The polls closed at 8 p.m. local time (1400GMT).

Due to the COVID-19 outbreak, voters had their temperatures taken and got their hands disinfected before entering polling stations nationwide.

The election was followed by nearly 400 observers from 30 countries and 10 international organizations, including delegations from the Turkic Council and the Parliamentary Assembly of Turkic-Speaking States.

After casting his vote, President Kassym-Jomart Tokayev said authorities did everything to ensure free and just elections, providing equal opportunities for all candidates.

The Kazakh parliament has a Senate and a lower chamber.

According to the final results of the most recent parliamentary election in 2016, the turnout rate was 77.12%.