Russia and Iran’s dangerous energy gambit in the Caucasus: OPINION 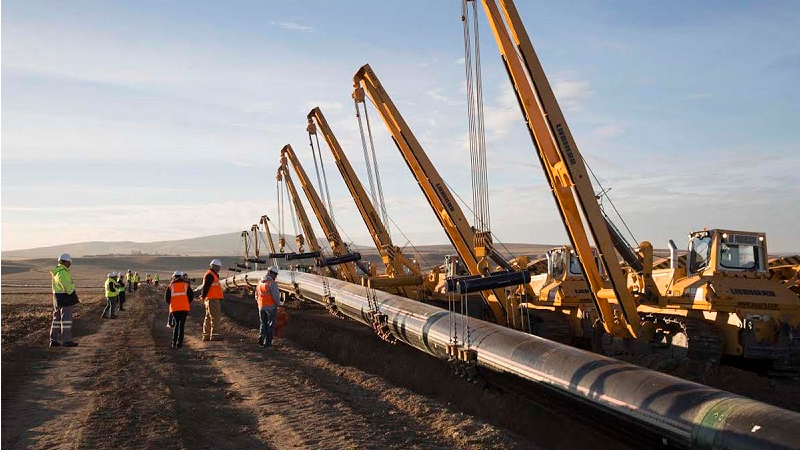 The Begin–Sadat Center for Strategic Studies (BESA), an Israeli think tank, has published an article titled “Russia and Iran’s dangerous energy gambit in the Caucasus.”

News.Az presents the article by Irina Tsukerman, a human rights and national security attorney based in New York.

EXECUTIVE SUMMARY: There are signs that the current escalation between Armenia and Azerbaijan, far from being incidental to the Nagorno-Karabakh conflict, is driven by Russia’s and Iran’s economic warfare against a competing state and the need to return Europe to dependency on their oil and gas in light of US sanctions. Armenia benefits from the bellicose activity thanks to a sophisticated information warfare campaign in a heated US election year that has been unmatched thus far by Azerbaijan. But Baku can still turn its underdog position around by pursuing an assertive and affirmative policy against aggressors on military, political, media, and legal fronts.

After Armenia’s attack on Azerbaijan’s borders on July 12, a flurry of speculative articles appeared that contained obvious disinformation intended to portray what had happened as either a continuation of the Nagorno-Karabakh conflict, an extension of Armenian-Turkish tensions, or part of a larger proxy conflict between Turkey and Russia, which is present in Syria and Libya and has most recently divided NATO.

At first glance, the chain of events that led to the current conflict seems straightforward. Armenia attacked Azerbaijani positions without warning, putting at risk civilians residing in the Tovuz area. At least 11 members of the military and one elderly civilian were killed.

Armenia then proceeded to boast about having taken out a general for the first time ever while simultaneously claiming it had been provoked. Several other senior Azerbaijani officers were also killed, which points to a premeditated attack, not an act of spontaneous violence. Indeed, this development calls into question the narrative that the current escalation is just the latest in a series of skirmishes arising from Armenia’s illegal occupation of 20% of Azerbaijan’s internationally recognized territory.

The Nagorno-Karabakh conflict has become a protracted crisis due to a combination of ethnic cleansing of Azerbaijanis from both Armenia and the occupied territories, the turning of over a million Azerbaijanis into refugees and IDPs, the turning of Armenia into a virtually monoethnic state, and the destruction of cultural heritage.

The last major escalation of the Nagorno-Karabakh conflict took place in 2016, when Azerbaijan reclaimed the strategic village of Çocuq Mərcanlı. As residents of the liberated village and elsewhere along the ceasefire line can attest, unprovoked violations are a part of daily life. Armenian snipers targeting civilians have wounded or killed many and forced many others to vacate their houses.

But this most recent attack was not launched from the occupied region, but rather along the international border between Armenia and Azerbaijan, in close proximity to geopolitically essential oil pipelines.

Azerbaijan’s ambassador to the US Elin Suleymanov warned that Israel’s oil supply could be endangered due to these border clashes. The Baku-Tbilisi-Ceyhan pipeline “provides Israel with 40% of its oil,” but also ensures that Russia and Iran cannot monopolize delivery to Europe and Israel from the Caspian region. Azerbaijan, already a top competitor to Russia and Iran in supplying European energy needs, is about to bypass Armenia and Russia to become a significant supplier of gas to southern Europe via the Southern Gas Corridor, which is scheduled to be fully operational by year end.

The diversification of Europe’s LNG sources undermines Russian and Iranian political power, which is premised on the threat of leaving Europe out in the cold. Their positions were already precarious when the US ended all oil trade waivers for the Islamic Republic last year. It only just lifted waivers on Russia’s construction of the Nordstrom II pipeline (initially sanctioned in December 2019). Circumventing US sanctions is a matter of survival for these regimes.

Iran in particular has faced economic devastation due to Washington’s “maximum pressure” campaign. Tehran, already more dependent on Beijing as a result of a recently concluded 25-year trade deal, has essentially rented out the oil fields in Ahwaz to China.

For Armenia, the new escalation has potentially favorable military and political ramifications. Armenia is part of a military bloc known as the Collective Security Treaty Organization (CSTO). The current conflict may be an attempt to draw Azerbaijan into a bigger conflagration with CSTO members, who are pledged to protect one another. According to Fariz Ismailzade, Vice Rector of the ADA University, the likelihood that this gambit will succeed is diminished by Azerbaijan’s good relations with two CSTO member states: Kazakhstan and Belarus.

Armenian lobbyists are trying to gain a political advantage by portraying the crisis as a standoff with Turkey (a position to which Turkey lends credence by offering to arm Azerbaijan) as well as with France (a member of the OSCE Minsk Group, which focuses on finding a peaceful resolution to the Nagorno-Karabakh conflict) and various other NATO members.

In the US, ANCA, a well-organized and politically influential Armenian lobby group, has been playing up the perception of the inseparability of the two Turkic countries in the public mind and taking advantage of general American ignorance of historical and political realities. It is attempting to tie Azerbaijan to Turkey’s Ottoman past and current neo-Ottoman ambitions. In addition, ANCA has manipulated various ethnic and religious biases in pursuit of political support, even attacking Israel’s Ambassador to Azerbaijan George Deek, who is Christian.

ANCA also seeks to benefit politically from a heated US presidential election year. It anticipates a more favorable outlook in Washington in the event that the Democrats prevail in November and is now planting the seeds of anti-Azerbaijan action, such as a proposed bill that would freeze all military sales to that country. The proposing of such a bill required a provocation, such as an act of war, which is why ANCA has been at the forefront of creating the perception that Azerbaijan struck first.

This is not a one-off event. ANCA cultivates relationships with both members of Congress and figures in the think tank world, constantly pushing the idea of “Artsakh,” a fake republic in the otherwise empty occupied territories that is unrecognized by anyone except Russia. ANCA creates layers of legal fictions via continuous unilateral actions such as repeated requests for large humanitarian packages from Congress for the ersatz entity, tying these requests to aid for Armenia proper.

There are red flags pointing to the planned and strategic nature of this operation. Indeed, in retrospect, there were warning signs, such as Iran’s growing presence in the vicinity and more direct assistance to Armenia for weeks prior to the attack. A few weeks prior to that, Iran and Armenia reinstated a visa-free regime, perhaps contributing to Armenia’s poor handling of COVID-19. In June, Russia and Armenia were engaging in talks about running biological labs, a convenient cover for bringing Russian biological weapons close to Azerbaijan, a development that would threaten all of the Caucasus and should concern the US.

Armenia and Russia are also interested in developing joint military forces. Not only is Russia completely running the show, but it is increasingly erasing any semblance of Armenia’s independence and asserting its own military presence in the region in a manner that can only be described as menacing. All these factors independently of each other should have been causes for concern, but their all occurring at once when the US is struggling with internal crises and a beleaguered foreign policy in a hotly contested election year points to a premeditated operation designed to help advance a political agenda.

Azerbaijan’s information warfare against Armenia has been partially successful, such as its display of sophisticated Israeli drones that Armenia, with mixed results, has tried to claim credit for downing. On the political front, however, the outcome so far has been largely driven by ANCA’s organized campaign.

Azerbaijan should respond to these attacks through a combination of methods. First, it should strive to become a “country brand,” like Singapore, by diversifying its economy away from oil dependency, becoming a hi-tech hub for the region, and building investor confidence through joint ventures and the expansion of electronic government services. Ismail Rustamov, the representative of Azerbaijani society in the US, has suggested steps focused on investor confidence to help overcome perceptions of business risks.

Azerbaijan should form a closer joint defense relationship with the US, benefiting from joint training and insights from experienced field operatives and officers. Additionally, greater resources need to be marshalled for information warfare and the political aspect of the battle being waged, including supporting professional media to counter disinformation, building personal and long-term relationships with public officials at all levels, and, most importantly, vigorously pursuing legislative and legal relief in US, European, and international bodies. Armenian officials responsible for human rights abuses should be sanctioned. Only when Azerbaijan shows its willingness to combat fake news while broadening outreach efforts—while passionately and rightfully combating attacks on its physical sovereignty and territorial integrity—will its allies fully support the verity of its claims and understand the global and geopolitical stakes of siding with or giving a pass to Armenia’s aggression.