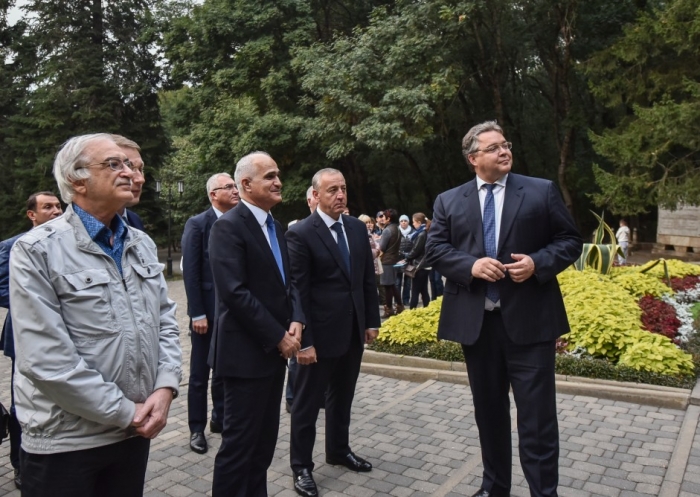 The 8th Russia-Azerbaijan Inter-regional Forum under the motto "Investments, innovations and tourism” has kicked off in Stavropol.

The forum will feature round tables on a number of issues, including cooperation in industrial and humanitarian spheres, development of tourism, and innovations in the field of healthcare.

Russia-Azerbaijan Inter-regional Forum has been held since 2010.

More than 500 businessmen from more than 70 companies representing both countries attended the forum, which saw the signing of 12 bilateral documents in Baku last year.

Russia is a key trade and economic partner of Azerbaijan. Russia has invested over $3 billion in Azerbaijan.

More than half of the Russian regions have already signed bilateral agreements with Azerbaijan on trade, economic, scientific, technical and cultural cooperation.