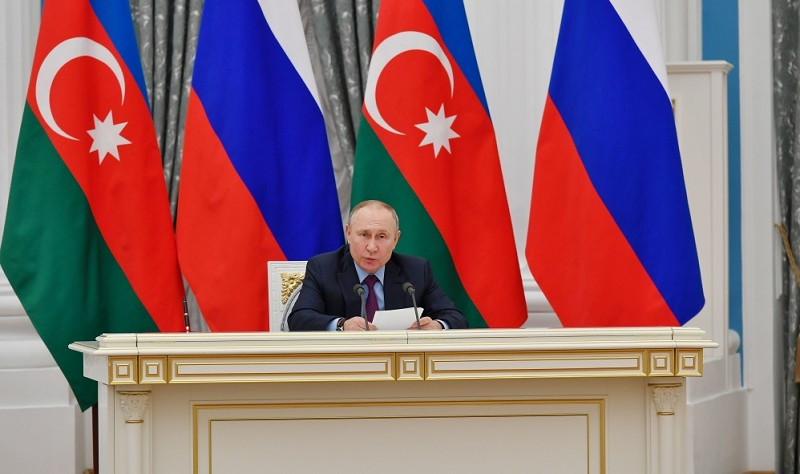 Russia is planning to send business missions to Azerbaijan to explore opportunities for developing cooperation in the field of energy, agriculture and a number of other sectors, President Vladimir Putin said the press statement following the talks with Azerbaijani President Ilham Aliyev in Moscow, News.Az reports.

Putin said it is quite symbolic that the Declaration on Allied Interaction was signed in the year of the 30th anniversary of the establishment of official diplomatic relations between Russia and Azerbaijan.

Over the past decades, the Russian-Azerbaijani cooperation has noticeably strengthened and expanded, getting filled with many specific mutually beneficial projects in the political, economic and humanitarian spheres, Putin noted, adding. “We, of course, are committed to the further all-round development of the truly close allied cooperation based on strong traditions of friendship, good neighborliness, mutual respect and consideration for each other's interests.”

“The entire range of topical issues on the bilateral agenda was discussed in detail today. First of all, we discussed the possibilities and prospects for building up mutually beneficial trade and economic ties. I would like to note that by the end of 2021, mutual trade increased by 16 percent and reached almost $3.4 billion, while the total volume of mutual investments is about $6 billion.”