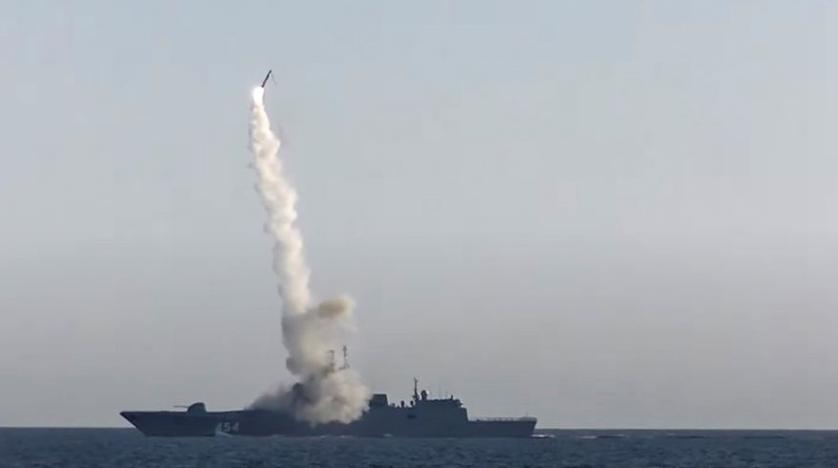 Russia successfully tested its Zircon hypersonic cruise missile over a distance of 1,000 kilometers (621 miles) on Saturday, its Ministry of Defense reported, News.az reports.

The missile was fired from the waters of the Barents Sea towards a “target in the White Sea,” a southern inlet on Russia’s northwest coast.

The missile was fired as part of a broader test of new weapons, according to a ministry statement.

Video of the test shared by the Ministry of Defense showed the Zircon missile being fired at a steep trajectory from Russia’s Admiral Grigorovich-class frigate at sea.

The Zircon cruise missile is part of a new generation of hypersonic arms systems that Russia has been developing since at least 2018.

The Ukrainian military has claimed that Russian units have "suffered significant losses in manpower and equipment" since President Vladimir Putin launched his invasion of Ukraine in late February.

In a show of force, the Kremlin has continued to conduct high-powered weapons tests, including a test of its new Sarmat intercontinental ballistic missile last month.