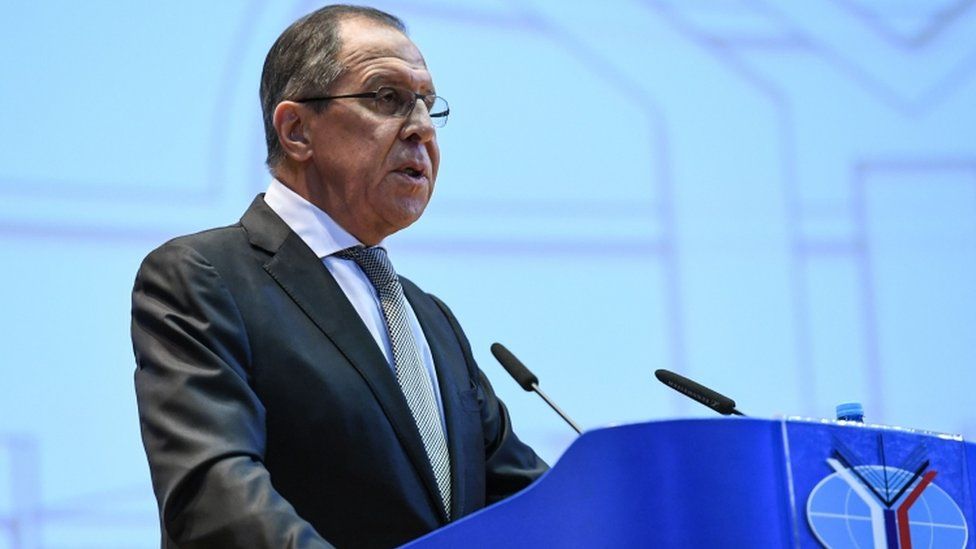 Belarus should be one of the security guarantors for Ukraine in a potential peace agreement with Russia, Foreign Minister Sergey Lavrov said on Friday.

Lavrov made the remarks during the talks with his Armenian counterpart Ararat Mirzoyan in Moscow, News.Az reports.

Russia’s top diplomat rejected to disclose the details of the Moscow-Kyiv talks.

“I don’t want to go into the details of the negotiation process and content. I just want to say that, at the request of the Ukrainian side, a neutral, non-bloc, non-nuclear status should be accompanied by security guarantors for Ukraine,” Lavrov said. “Ukrainian neighbors would like to see all the countries adjacent to Ukraine and a number of other states among the security guarantors, including the permanent members of the UN Security Council.”