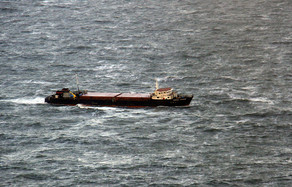 On April 19, 2017, the Heroes of Arsenal ship wrecked in the waters of the Black Sea.

Report informs citing the BBC that the due statement came from the Crimean department of the Russian emergencies ministry.

"According to initial information, there were 12 crew members on board," rescuers said in a statement.

A spokesman for the Krasnodar Territory’s emergencies ministry department said one person was rescued from the area of the disaster, but the fate of other crew members is unknown.

It is noted that there were nine citizens of Ukraine, two Russians and one citizen of Georgia on board.

Storm complicates the searches for sailors.