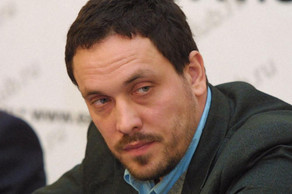 The Minsk Group has exhausted itself, only the union between Russia, Turkey and Iran can bring lasting peace to the region.

Revanchist moods in Armenia after the April war in 2016 played a big role in events of early February, member of the Presidential Council of the Russian Federation on the development of civil society and human rights, political analyst Maxim Shevchenko said.

"Armenia is guilty of the escalation on the frontline and it almost does not deny it," Shevchenko has said.

In his opinion, one of the causes of conflict flare-ups was conduction of the so-called "referendum" in Nagorno-Karabakh with the participation of the ultra-European "observers".

The second reason, he said, was the "certain revanchist" sentiments in Armenia after the April war in 2016.

The expert expressed the opinion that the main enemy of Armenia is not Azerbaijan but Turkey: "The historical conflict of the Armenian public is a factor of national identity. Since Azerbaijan is perceived by Armenians as Turkey's ally, the shells fired on Azerbaijan, in general, are shells fired on Erdogan," says the analyst.

Shevchenko stressed that Moscow's balancing in Karabakh conflict may be strategically wrong but justified in terms of ensuring necessary balance for Russia.

"I think that the Minsk Group has exhausted itself, primarily because of the US position. Americans are absolutely not interested in peace in the Caucasus. I believe that only triple alliance between Russia, Turkey and Iran can bring lasting peace to the region, including in the area of the Karabakh conflict ", said a member of the Council.