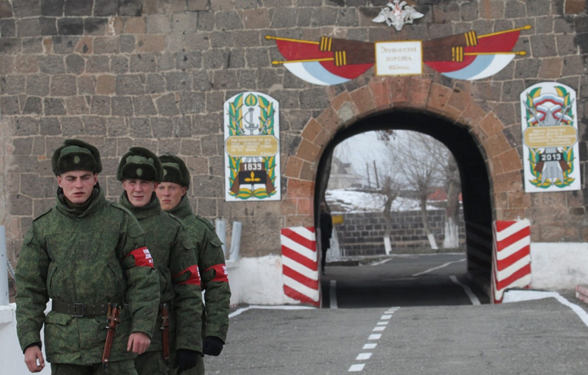 A contract serviceman of the 102nd Russian military base in Gyumri has gone missing.

The soldier, according to a statement issued by the Armenian police, has not been seen since he left his apartment on Sunday.

The Haykakan Zhamanak newspaper attempted to get details from base spokesperson Andrey Dobrosmislov, however, upon learning that he was talking to a journalist, Dobrosmislov hung up the phone. “Then a female voice began answering the calls; she further said she could not give us Andrey Dobrosmislov’s phone number.” the paper writes.

Recall, Valery Permyakov, another soldier who had left the 102nd military base in 2015, was subsequently convicted of the murder of 7 members of a Gymri family and sentenced to life in prison.