Russia’s Medvedev: Talks with Turkey over Nagorno-Karabakh a must 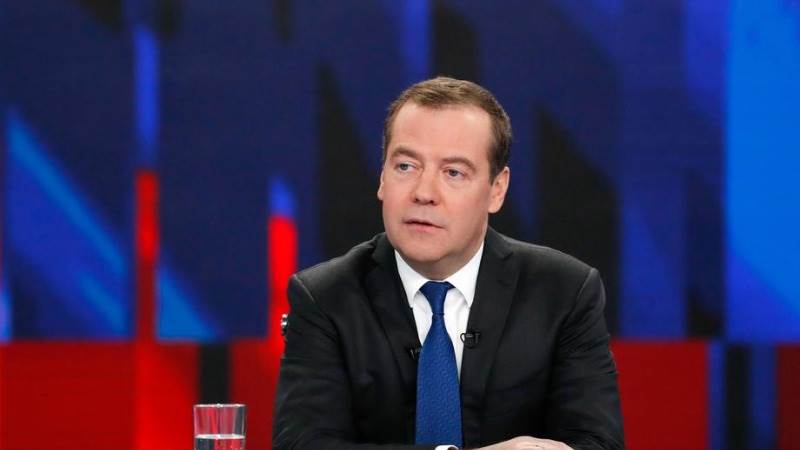 Speaking with a group of Russian journalists for an interview, Medvedev highlighted Turkey's importance as a neighbor and a strategic partner of Russia while pointing at the well-established ties that Ankara has with Baku that necessitate its involvement in the Nagorno-Karabakh conflict.

According to Medvedev, there is a "fruitful dialogue" between Ankara and Moscow, as the leaders, Russian President Vladimir Putin and President Recep Tayyip Erdoğan, are in constant communication.

As far as the joint Turkish-Russian Observation Center that has recently become active is concerned, Medvedev expressed that the center is a part of forming general stability in the region.

"However, I would not regard this (the center) as a long-term political commitment or would avoid coming up with conspiracy theories over it. We have to realize the realities of our region. The reality is, today, we have to negotiate this issue of the Nagorno-Karabakh crisis with our partners in Turkey," he emphasized.

On Saturday, the Azerbaijani Defense Ministry announced that the joint Turkish-Russian observation center, established to monitor the cease-fire following the conflict in Nagorno-Karabakh, has come into operation.

The center, which both countries agreed to set up in November, officially opened in the Agdam region of Azerbaijan. Both Turkey and Russia will send up to 60 personnel each to run the center, the ministry said in a statement.